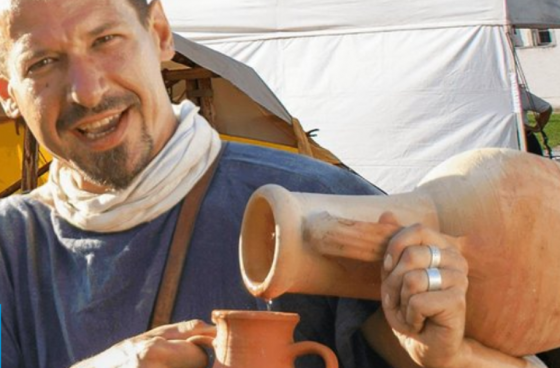 At the Vindonissapark Festival, the audience walks in the footsteps of the Romans and Habsburgs. The festival on the grounds of Königsfelden Monastery and the Vindonissa Legionnaires Trail in Windisch offers attractions for the whole family.

The special topic in 2021 is the drinking culture in antiquity and the Middle Ages: Adults can taste fine Roman wine from Vindonissa winemakers or medieval and Roman beers. Meanwhile, children are pounding grapes and colored syrup is simmering over the open fire. Food stands attract with delicacies from the Roman Empire and the Middle Ages.

In addition to handicrafts and activities for children, the Vindonissapark Festival also offers a guided tour to the Roman aqueduct of Vindonissa. In the Königsfelden monastery, Abbess Udelhild talks about medieval culinary delights and drinking habits of that time. In the Vindonissa Museum in Brugg, Roman glass, amphorae and libation vessels await explorers.

A shuttle bus runs regularly between the festival area in Windisch and the Vindonissa Museum in Brugg.

La Nuit Antique
6 May - 7 May
Switzerland