Nestled among the rolling hills of the South Downs National Park, Butser Ancient Farm in Chalton has been an archaeological research site since 1972. The farm was originally set up on Little Butser, a spur of Butser Hill. It was established with support from the Council for British Archaeology as a site for archaeologists to test their theories, and under the influence of the first appointed director Peter Reynolds became a centre of excellence for experimental archaeology in Britain. In 1991 the farm moved to its present site at Bascomb Copse to become an independent organisation. The farm is easily accessible, well signposted just off the A3 between London and Portsmouth, but in a more sheltered position with less traffic and modern day noise.

During the life of Butser Ancient Farm much has been learnt about the possible building techniques used in prehistoric times.

Butser Ancient Farm began as a research site for investigating aspects of life from the British Iron Age. Much experimental work was conducted on building structures and farming techniques. The roundhouses were based on the data gained from excavations. As many of the building materials used during this period were organic and decayed over time, there is relatively little information to be found in the archaeology. It is for this reason that Butser started by looking at this period in our past. The farm has since extended into the Roman period in Britain and there is now a Roman villa on the site, extending the period from 800BC to 400AD.

The intention at Butser has always been to create structures, based on excavated data, which would have been found in a small farming community. However, it is not a static display. It is a dynamic working environment in a state of constant change as buildings are added, moved or repaired. Livestock is raised and some sent for slaughter for food, whilst the crop field will look different depending on the time of year. A variety of animals have been kept at Butser. At present there are sheep, pigs and chickens, all varieties that would have been common during the Iron age and Roman period. Soay sheep are quite small, brown and very athletic. Manx Laughtan sheep are larger than Soay. The Manx word Laughtan means mouse-brown and describes the colour of their fleece. These sheep can grow two, four or even six horns. Shetland sheep are heavier again than Manx. Their fleece is of a good quality and is good for spinning. The Shetlands at Butser are a variety of colours, white, grey, brown and black. The pigs kept at the farm are a cross between wild boar and Tamworth. It is thought this is similar to pigs kept during the Iron Age. It is unclear how pigs were farmed, due to their destructive nature, but they are kept in a wattle enclosure at the farm to enable visitors to see them. They have also been used to clear and turn over the crop field to make it ready for ploughing and planting. It is thought animals would have been turned on to the crop fields after harvesting to clear the ground. Cattle first, followed by sheep to eat off any stalks and leaves and finally pigs to root around and turn over the soil. All these animals would have helped to manure the ground.

A number of early crops are grown at Butser. Last year saw a successful crop of prehistoric wheats – Einkorn, Emmer and Spelt. Bere barley and Celtic beans were also grown. Considerable experimentation on ancient crops has been carried out in the past at the farm particularly concerning storage of harvested grain.

Work in this area is continuing although it is dependent on a good harvest. Other useful plants are also cultivated. There is a herb garden and cultivated plots containing dye plants and other food plants such as fat hen.

The Iron Age enclosure contains a number of structures. There are four completed roundhouses which are all based on excavations in Britain. The largest house, the Little Woodbury, was excavated by Bersu in the late 1930s on the outskirts of Salisbury. It is 50 feet in diameter and has been constructed using oak posts, ash rafters, hazel wattle and purlins and wheatstraw thatch. The walls were daubed and lime-washed and designs have been added with metal oxide pigments.

During the life of Butser Ancient Farm much has been learnt about the possible building techniques used in prehistoric times. This knowledge has been utilised to improve the houses and to try to ensure that they would have been comfortable places to live. Visitors are continually surprised at the warmth of the houses and at the lack of need for a chimney in a roundhouse. In fact a smoke hole in the roof would be a distinct problem! From experimentation it has been found that the hole would cause a strong up draught, forcing the temperature around the edge of the opening to become so great that the thatch would ignite and the roof would burn. It has also been shown that wood smoke can be useful. By the smoke gradually percolating through the thatch it acts as a preservative, helping to preserve the timbers and thatch, and can also be used to help to preserve meat, fish and cheese that can be hung in the roof space. The smoke also deters insects from living in the thatch which means birds will not pull the thatch apart looking for food.

There are three other roundhouses in the enclosure, one from North Wales and two from the Glastonbury Lake Village in Somerset. The houses from Glastonbury have been constructed using materials from that area – willow for the wattle walls, water reed for the thatched roofs and liquid clay to colour the walls. It appears from the excavation notes that these houses had several layers of clay on the floor. This might have been due to the wet boggy nature of the ground causing the houses to sink. If this was the case, it is thought the houses would have been built to be a s light as possible to minimise this problem. For this reason the structure based on Mound 59 has been built using a minimum of materials, but still ensuring it is weatherproof and comfortable for both living and working. Work has just begun on a new house based on data from an excavation at Danebury. The evidence seem to show that it had planked walls, and it will be built here with oak.

The enclosure is surrounded by a ditch and bank with a wattle fence. Although based on excavated data, it is octagonal. This allows each side to face a different compass direction and enables monitoring of vegetation growth and erosion. During the past year there has been considerable discussion of how Iron Age people would have been able to control invasive growth of brambles, and this has led to trials allowing sheep to graze part of the ditch and bank area. Monitoring is still ongoing, especially with regard to any damage or increased erosion.

The Roman Villa is based on an excavation at Sparsholt near Winchester, which was excavated by David Johnson in the 1960s. The villa complex consisted of a range of buildings of which just one has been constructed. The villa was built using flints and lime mortar. The walls have been painted with frecoes using pigments the Romans would have used. This villa has been built using authentic materials and techniques and much has been learnt in the process. This learning will continue as the villa is improved and furnished. At present investigations are being conducted into the finish that Romans might have used for the wood in the villa. There are doors, window frames and beams which all need attention. The working hypocaust system is also attracting much interest and will be the subject of trails to take place later this year.

Butser Ancient Farm is now preparing for a new year with new building, new research and new developments. It promises to be challenging, but exciting and will take the farm forward to ensure its future as a means of understanding the past. 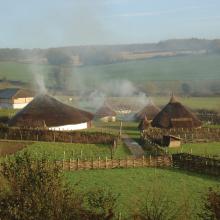 Fig 1. The Iron Age enclosure with a… 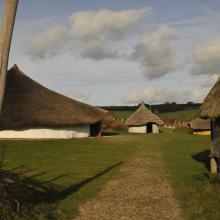 Fig 2. The Iron Age enclosure with a… 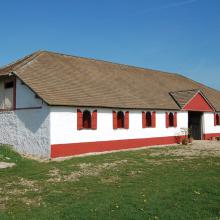 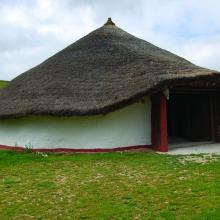 Fig 4. The roundhouse at Butser Ancient… 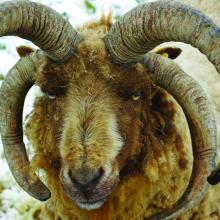 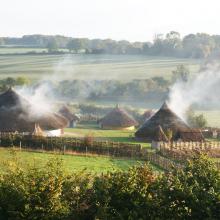 Fig 6. The Iron Age enclosure with a…

To Reconstruct a Sacrificial Site
Build It and They Will Come: Managing Archaeological Open-Air Museums in Britain for Stability
Interview: Helmut ‘Hugo’ Windl
75 Years of History on Concrete Floors
The Jubilee Year of 2020 at Lofotr Viking Museum