A unique popular education publication called Oblékání pravěku (Dressing prehistory) has appeared on the Czech book market. It is a work by archaeologist Kristýna Urbanová, and Jan T. Půlpán, an experienced experimenter. At first glance the book attracts attention with an unusually large format, well chosen because of the foundation elements of the publication – colour photographs of prehistoric clothes reconstructions.

The most important and most impressive part of the whole book are the large colour photographs of modern people dressed in reconstructions or replicas of prehistoric and early medieval clothes, taken in beautiful surroundings during all seasons. Such a collection of clothing represents many years of demanding work, and their presentation in such a scale and form is fairly unique.

The publication is divided into eight chapters, which present clothing in single periods from the Stone Age through to the Early Middle Ages; the last chapter is dedicated to footwear. The authors have understandably focused mostly on summarising the current knowledge on textile manufacturing, preserved textiles and known evidence of original parts of clothing. They also present a very brief and easily understandable overview of each period in every chapter, so that the readers can familiarise themselves with the basic characteristics of the era. In these introductory passages of each chapter it is easy to recognise the archaeological range of knowledge of the main author, who also collected and made drawings of the most important finds connected with the clothing and body ornaments.

The first chapter, called ‘The Time of Hunting’, covers the time of Palaeolithic Hunters which, from a clothing point of view, is the most complex and least understood period. The authors here mostly highlight the natural and climatic conditions, and also the preserved tools that could have been connected with simple textile making. They pay close attention to finds of figurative art and jewellery, which are the only ones that provide any information into this period’s treatment of the body, hair, and possibly clothes. The second chapter, ‘The Stone Age’, takes readers to the Neolithic and Aeneolithic, the true beginnings of textile manufacturing, shown by the earliest finds of true textiles made from natural materials on looms. The authors present a number of textile finds, remains of accessories, sculptures, ornaments and ethnographic parallels. The third chapter is called ‘The Bronze Age’. The Bronze Age period is dominated by preserved whole outfits found in Scandinavian peat bogs. These finds represent an unparalleled source of knowledge about the look of different kinds of attire and their parts. At this period, working the new textile material – sheep wool – expanded together with the use of more complex weaving patterns. In the fourth chapter, ‘Iron Nations’, the reader moves among the Celts. For the first time we learn about clothes from the written sources, thank to classical authors. We see a growing amount of preserved textiles, presenting various designs, colours and patterns. The fifth chapter, ‘Beyond Borders’, introduces the first centuries of our era. The knowledge of textile manufacturing is sourced again from well-preserved peat bog finds, written sources, and period depictions. The ideas on the look and the methods of clothes manufacture get more concrete, and the knowledge more detailed. The sixth chapter, ‘New Horizons’, takes readers among the Germanic peoples during the Migration Period.  The diamond twill weaving pattern is introduced here; it belongs among the most beautiful and complex patterns used in prehistory. The seventh chapter, called ‘The Birth of Faith’, refers to the Early Middle Ages where we already have some finds of burial clothes connected to known historical personalities, and a large amount of preserved textiles in corrosion layers of the metal components of grave goods. The study of clothing in this period mostly revolves around the people depicted in period art and therefore differs from the study of prehistoric clothing. The last chapter, ‘Step by Step’, closes the clothing topic by looking at the evolution of footwear and shoes during the individual periods.

The most important and most impressive part of the whole book are the large colour photographs of modern people dressed in reconstructions or replicas of prehistoric and early medieval clothes, taken in beautiful surroundings during all seasons. Such a collection of clothing represents many years of demanding work, and their presentation in such a scale and form is fairly unique. The clothes reconstructions are based on the current knowledge of the level and development of textile manufacturing in Europe. Much attention was dedicated to this topic in recent years (for example Grõmer 2016). Although we know of textile finds from many sites, including from the earliest prehistoric periods, with the exception of northern bogs we see only small fragments that provide information about manufacturing, but not patterns, construction or overall look of the original clothing. The attempt at visual reconstruction is therefore quite difficult and the authors have used lots of imagination and courage. Although we do not need to agree with all the presented ensembles, the authors of the reconstructions have presented a whole range of possibilities based on their knowledge of the available textile materials, technologies and tools. To me, this is the greatest contribution of the publication. So although the authors have aimed their work at the wider public, in their work they have followed strictly scientific findings and facts, so the presentations are not sensational or fabled imaginings without any foundation.

The book is very interesting and attractive.  Readers’ comfort is decreased by the lack of pagination, although the table of contents shows page numbers, and by not numbering the pictures and photographs which thus lack connection with the authors’ overview. Apart from this minor reproach, the publication can be assessed as a very interesting feat that could influence the widely held popular view that prehistory was a period of ‘ragged animal skins’. Although the book is written in Czech and lacks any foreign language resume, thanks to the high quality and original photographs it surpasses the framework of Czech archaeology. 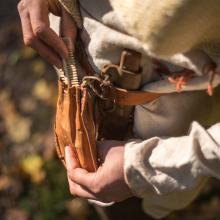 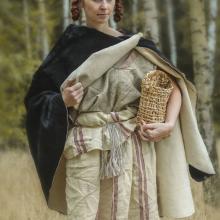 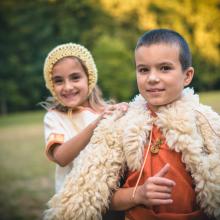 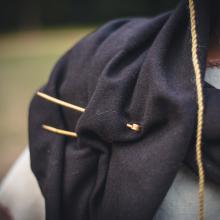 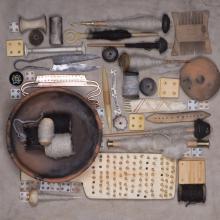 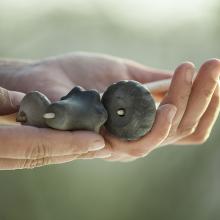 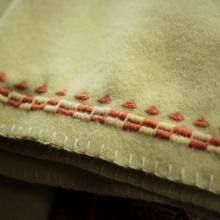 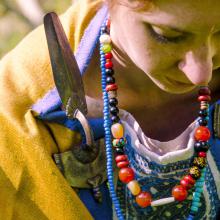 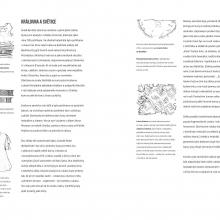