The eighth European Textile Forum took place 6-12th November 2017, organised by Katrin Kania and Sabine Ringenberg. It was held at its adopted home LEA (Labor für Expermentelle Archäologie) in Mayen, Germany, a satellite of the RGZM (Römisch-Germanisches Zentralmuseum) at Mainz, by invitation of LEA director Michael Herdick. The European Textile Forum is a gathering of academics, professional re-enactors, textile specialists and enthusiasts. Through academic presentations, on-site experiments and round-table discussion they present new findings and test theoretical ideas, acting as the proving ground between theory and practice. Previous findings have been published through Oxbow in 2013 as ‘Ancient Textiles Modern Science’. A new proceedings is currently being finalised.

As usual, presentations and experiments involving different materials complemented the theme and gave a diverse overview of textiles from the archaeological record.

This year’s theme was ‘Silk: Subtle and Sumptuous’. It explored the use and meaning of silk to historic contemporaries, its place in the archaeological and historic record and its methods of acquisition and production. The Textile Forum and the theme were introduced by Katrin Kania. Petra Linscheid discussed finds of wild and cultivated silk from Amorium in Turkey. Beatrix Nutz presented Medieval and Early Modern silk textiles discovered in three Tyrolian Castles and discussed their discovery, use, production and trade.

Participants also led workshops and experiments to explore and develop the understanding of textile finds. Tracy Niepold discussed Early Modern silks excavated in Nuremberg and their context, and explored questions regarding the production process. She then showed finds of slashed silk, their use in contemporary dress and their production methods, and lead a workshop that tested the possible methods of recreating the artefacts, including the tools and chemical treatments that could have been used. Ruth MacGregor demonstrated the difference in texture between medieval and modern silks, theorising that this was caused by differences in the de-gumming process. She investigated this with an experiment to discern the effects of partial and complete de-gumming of silk threads and to compare these results with medieval finds. Margit Hofmann led an experiment investigating the pH changes when dyeing silk in indigo vats.

As usual, presentations and experiments involving different materials complemented the theme and gave a diverse overview of textiles from the archaeological record. Harma Piening discussed a mysterious plied shoe found concealed under the floor in the attic – through painstaking trials she was able to reconstruct its production method, which had not been apparent initially. Micky Schoelzke showed a partial reconstruction of the belt of Philipp of Swabia, and then hosted a discussion on how problematic artefacts can be presented to a modern audience. The completed reconstruction of the belt will contain swastika symbols, the meaning of which has been overtaken by 20th century associations. This will affect how it may be displayed, particularly in areas where these symbols are restricted. The roundtable discussion that followed allowed input from backgrounds that were either directly affected by or unaware of the issues involved. Katrin Kania demonstrated and discussed possible methods of developing and recording historic tablet weaving patterns without the assistance of modern graph paper or computing, then led a workshop exploring this in practice.

To complement the forum, a one-day excursion took place to the special exhibition ‘Expedition Mittelalter’ held at the Schnütgen-Museum in Cologne. This included several spectacular silk textiles, including the silk Anno chasuble dating probably from around 1000AD, dyed with true purple. Participants enjoyed viewing this in context with other exhibits and the wider museum collections.

The European Textile Forum is held at the LEA, as it is able to make full use of its facilities. The LEA has a dedicated lecture hall, workshops and a laboratory allowing detailed experiments. Ongoing experiments at LEA include the use of two replica Roman kilns to explore ceramic production. There is on-site accommodation for ten participants, but some prefer to stay in hotels in Mayen. Catering is provided. Participants can stay for the whole forum, part of the forum, or visit for specific days. The LEA is situated in the picturesque Eifel region of Germany, overlooking Mayen, atop a former basalt mine that now hosts a bat cave and a sculpture park.  The LEA is easy to travel to, with good public transport and road access.

The next European Textile Forum will be held on 5-11th November 2018 at LEA in Mayen. The conference is held in English.
A new website has been launched: https://www.textileforum.org/en/
The call for papers is in preparation, but the organisers can be contacted with suggestions or questions at info@textileforum.org 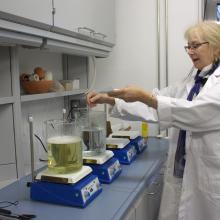 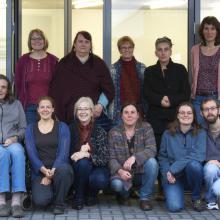 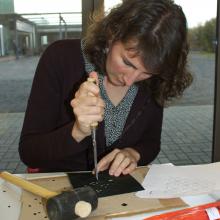 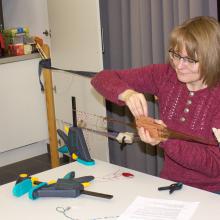 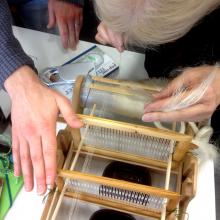 Fig 5. Setting up a small loom for silk… 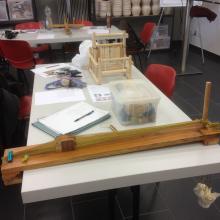 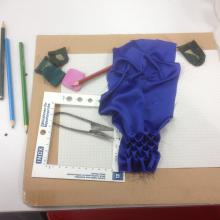 Fig 8. Setting up a small loom for silk…

Fig 9. Preparing the tests for pH…

Testing Mesoamerican Lunate Artifacts as Possible Crescent Loom Weights
Book Review: Viking and Iron Age expanded Boats by Ole Crumlin-Pedersen and Hanus Jensen
Before They Dyed. Mordants and Assists in the Textile Dyeing Process in Anglo-Saxon and Anglo-Scandinavian Britain: An Experimental Approach
Event Review: Paleofestival: 10 Years of Spreading Archaeology in Evolution
The Shroud of Turin and the Extra Sheds of Warping Threads. How Hard can it be to Set up a 3/1 Chevron Twill, Herringbone on a Warp-weighted Loom?