The 11th Experimental Archaeology Conference (EAC11) was this year held in Trento, Italy, organized by EXARC and the University of Trento. Over 190 participants gathered together hailing from more than 25 countries, and for the first time the conference ran parallel sessions. The conference spanned three days, with the first two devoted to keynotes, papers, and posters. The final day was reserved for optional excursions which showcased significant archaeological highlights on offer in the region. In many of the sessions, questions were reserved for the end, which sparked lively discussion. As has been the case in other recent EAC meetings, poster authors were given the chance to present their work during the regular sessions accompanied by a few slides, and their inclusion in the overall discussion sessions was an excellent addition.

Overall, papers were exemplary in quality and showed significant diversity of contexts, time periods, approaches, scales of research questions, and perspectives. With 43 papers and 32 posters included in this meeting, it is not possible to discuss every contribution in detail, but some patterns do emerge with notable highlights.

The second keynote was delivered by Ed Carriere, Suquamish Elder and Master Basketmaker, and wet site archaeologist Dr Dale Croes: ‘Re-Awakening Ancient Salish Sea Basketry on the Northwest Coast of North America: A Generationally-Linked Archaeology Approach’. Their keynote, as well as the way in which they delivered it, indicated the close working relationship that they have developed. This relationship is an excellent example of the mutually-beneficial nature of collaborations between archaeologists and the craft practitioners and Traditional Owners, especially those who have gained ancestral craft knowledge through familial apprenticeships. The issue of access to research collections was raised more than once; specifically that Mr Carriere was only able to examine museum collections of archaeologically-recovered examples of basketry thanks to his relationship with Dr Croes. Conversely, Dr Croes, thanks to the generational knowledge of Mr Carriere, was better able to interpret the archaeological record. Through this research collaboration, the persistence of Salish Sea Basketry, as well as changes in craft practices over the course of 225 generations were apparent. Although they eschew the term experimental archaeology in favour of ‘generationally-linked archaeology’, the successful collaboration between Mr Carriere and Dr Croes certainly has relevance for experimental archaeologists regardless of whether or not they are craft practitioners as well.

Overall, papers were exemplary in quality and showed significant diversity of contexts, time periods, approaches, scales of research questions, and perspectives. With 43 papers and 32 posters included in this meeting, it is not possible to discuss every contribution in detail, but some patterns do emerge with notable highlights. As might be expected, the majority of papers and posters reported on the results of experimental programmes. Two other types of contributions were also included. The first of which acted as reviews or overviews of the history of experimental archaeology as a field, or of a specific type of experimental question. The second type consisted of a handful of papers that took a reflective stance in order to interrogate the state of experimental archaeology as a discipline, and its methods.

Within the category of experimental archaeology reports, authors repeatedly demonstrated the interdisciplinary applications of current experimental archaeology – which brings with it promising implications for the maturation of the field. To very briefly summarise the trends seen during the sessions, many papers clustered on types of material including: textiles, bone and antler, wood, stone, metals and ceramics. Broader themes which were tackled experimentally include food, artefact function, resource procurement, large-scale construction, personal adornment and the arts, and the use of fire. Experiments reported in posters and papers were both of high quality, addressing interesting research questions, and used well-conceived methods. Readers are strongly encouraged to refer to the abstracts from the conference materials on the EXARC website for the details of the experiments presented at EAC11.

Those presentations which focused on providing reviews and overviews of the state of the field ranged from project-specific discussions (e.g. Dael and Sørensen), to discipline history (e.g. de Raaff) and thematic expositions (e.g. Sawyer). This category of contribution was a welcome presence, as each author brought with them a critical description of the deep history of prevalent methods while also sharing the longer-term and matured ideas that emerge long after the conclusion of an experiment. Work which takes a review and overview perspective in order to comment on future directions of experimental archaeology forms the foundation for further development of the discipline, and these papers were welcomed throughout the meeting.

Reflective works, which critically assess the field of experimental archaeology and the types of methods employed, were included in a few of the paper sessions (e.g. Comis). These authors used their contributions to the process of theorising experimental archaeology which, while a recurrent topic in the literature, is less often seen in conference presentations. It can only be a positive movement within experimental archaeology that more and more of this type of work is being completed and shared. This is particularly true in a conference environment, given that questions and discussions are an embedded feature of such meetings.

After two days of presentations, participants were offered three different excursions from which they could choose.  The first of these, and the most attended, included a site visit the South Tyrol Museum of Archaeology in Bolzano as well as the archeoParc of Val Senales. In Bolzano attendees were given a guided tour of the museum whose permanent collection is entirely devoted to the Copper Age Iceman Ötzi, which has been housed there since 1998. Here people can see the preserved body of Ötzi, but also all the clothing and personal objects that were found with him. The museum also includes replicas of these items as well as detailed descriptions of the numerous scientific analyses that have been conducted on the mummy and his possessions. After this, the tour continued onto the archeoParc of Val Senales, an outdoor archaeological museum close to where the body of Ötzi was found. The museum is designed to illustrate how Ötzi and his contemporaries would have live during the Copper Age 5,300 years ago. Besides walking around the well-designed reconstructed houses and grounds of the archeoParc, participants could partake in different activities including shooting a bow and arrow, starting a fire using traditional methods, and paddling in a wooden canoe. Overall it was a great day and everyone learnt a lot about Ötzi and how he lived.

The second excursion involved a broader chronological perspective, including a visit to the museum of the Fiavé Lake Dwelling site, followed by Parco Archeologico del Bostel di Rotzo. The Fiavé museum was well-conceived, showcasing not only the material culture of this Italian Alpine pile-dwelling site, but also sharing insights into the conservation process as well as educating visitors about the process of archaeological interpretation. Bostel di Rotzo, an Iron Age site with a longstanding programme of excavation conducted by the University of Padova, blended together traditional museum displays, reconstruction, augmented reality, and archaeological open air museum. The facility is a relatively new one, so participants were invited to share thoughts on increasing engagement with the general public as well as developing programming, resulting in a number of thoughtful discussions among all attendees.

The final excursion toured the host city of Trento, revealing the cityscape’s attributes of its past from the Roman period through to its later history. This tour culminated in a wine tasting session in the historic city centre.

The lasting impression taken from EAC11 was overwhelmingly positive. The organisers created a convivial atmosphere from start to finish and Trento, both the city in general and the University in particular, served as a pleasant backdrop for the events. The organisation team at EXARC and at the University of Trento excelled at keeping the events running smoothly, accommodating participants, and resolving issues wherever they arose. In the coming months, presentations from the conference are expected to appear in the EXARC Journal and based on the quality seen in Trento, readers will have many excellent new resources to consult. 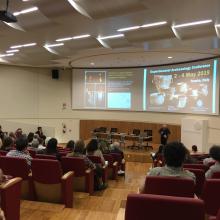 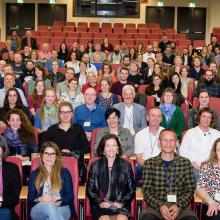 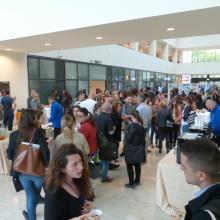 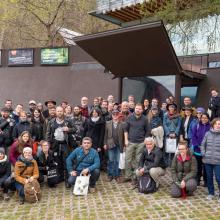 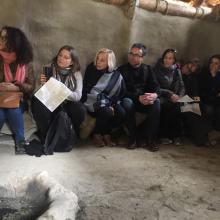 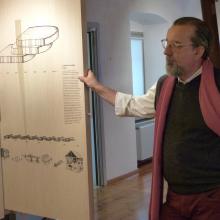 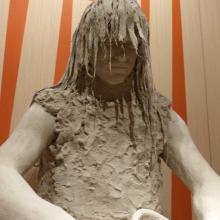 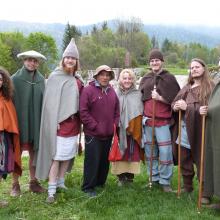 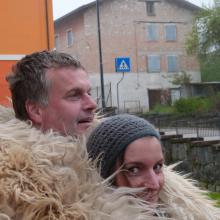