The Iron Age in Italy began in approximately the 9th century BC and, specifically in the modern region known as Marche, ended in the first half of the 3rd century BC, which coincided with the conquering of the territory by the Romans.

Once more we noticed how people are fascinated by the exhibition of full outfits such as the reconstruction of the garments worn by a 7th century Picenian family: the husband is a warrior wearing offensive and defensive weaponry modeled on examples found in Novilara, the wife is a noblewoman dressed with replica of clothing found scattered in the Marche and Abruzzo regions...

The Modern regions of Marche and Abruzzo were inhabited by various people during the Iron Age, but among those one particular population was more prevalent and gave a name to a whole culture: the Picenians. The Picenians, a mixture of Indigenous people and settlers from the East and the West, were fierce warriors who were able to give life to aristocracies and who relied on wars, agriculture, fishing and cattle breeding to prosper. During the 5th century B.C. Celtic tribes settled in the northern part of region and they soon adapted local customs and habits. Further details on this fascinating, yet somewhat mysterious culture have already been discussed elsewhere.1

Fast forward to the 21st century AD in the Marche region there are a huge number of Picenian graves being excavated by the archaeologists (we’re speaking of thousand graves, many of which are hugely rich). There are far fewer Picenian villages (five or six) and even fewer scholars applying experimental archaeology methods as a way to better understand many aspects of the Picenian culture.

These few scholars have formed dedicated groups and associations. These are: Arte Picena, founded by me and Dr. Fabio Fazzini in 2012, MF Riproduzioni Storiche - 2007, also founded by me in 2016 after leaving Arte Picena, and Novilara Antika Populi Project, founded by Dr. Alessandro Allegrucci in 2013.

It was Dr. Allegrucci who had a visionary idea in the early summer of 2021: to gather all these groups for a weekend dedicated to the Picenians in Novilara, today a small village in the northern shores of the Marche region, but an important Picenian center between the 9th and the 7th century B.C. More than 400 rich tombs have been excavated in Novilara since the 19th century and it is home of some of the most important inscribed Picenian stelae ever found.

He put much effort into organizing the weekend and was helped by all the involved parties. A program was soon written down it was decided that the event would be held on October the 9th and 10th, a Saturday and Sunday. Alessandro involved his friends from the cultural Association Teuta Senones Pisaurenses, a group dedicated mainly to Celtic reenactment but leant to the Picenians for the occasion. They scheduled bread making and vegetable oil extraction workshops for the Saturday, while on Sunday we decided to run iron smithing and bronze smelting workshops in the morning, amber carving and bone working workshops in the afternoon, and held a conference in the late afternoon. While MF Riproduzioni Storiche – 2007 led  iron smithing and amber working, Arte Picena oversaw the other workshops.

During the conference Dr. Fazzini was scheduled to speak about the inter-Adriatic contact between the Picenians and other people, while I was going to discuss the Novilara stelae inscribed with a sea battle, and to demonstrate which of the technical features of the ships engraved there have survived into today’s vessels. Alessandro also decided to call Dr. Vanessa Lani, an expert archaeologist who excavated the Picenian village of Novilara, to participate at the conference, describing the archaeological records found in the site and also Roman evidence of the place such as the aqueduct outside nearby Pesaro. A huge helping hand in the organization of the event was given by Dr. Maris Galdenzi, president of the cultural Association “L’Anfora” and a really resourceful man: he dealt with the press and succeeded in promoting the event with the local politicians and newspapers; on my side I managed to involve the national TV news channel TGR and a local radio. This way the weekend was covered and became famous even before it started!

So the program was defined, word was spread and on Friday the 8th some of us agreed to meet the following morning in order to set up the tables and prepare the location at the Centro di Documentazione Archeologica in Novilara. Almost the entire team met the next morning – Arte Picena was missing due to work reasons – and we had the pleasure of being interviewed by the TGR, whose crew was so impressed with the event to decide not to cut a single minute of our interviews and to air them on tv in two separate parts, in the afternoon and in the evening editions of the show. This was my third appearance on TV and it was great fun!

The Centro di Documentazione Archeologica is an old building that in the past served as an elementary school. It has hosted the local Museum since 1998. Inside its walls are three copies of inscribed stelae found in Novilara, a display cabinet holding a few fragments of pottery, bone and bronze artefacts dating to the beginning of the Iron Age (all found during the excavations that Dr. Lani took part in during the early 2000’s) and another couple of cabinets hosting some human bones and skulls and the reconstruction of a female Picenian grave dating to the 8th-7th century B.C.

And that’s pretty much all: decidedly not enough for a place that was supposed to be the main pivot, around which the whole idea of the ‘widespread museum’ had to develop when it was introduced in the late 90’s. ‘Widespread museum’ was a concept, in which an archaeological museum was only a part of a wider cultural offer to promote tourism in a specific territory.  According to this idea, the museum was going to be part of a wide network, involving other entities and activities such as naturalistic walks, gastronomic tastings and such.

This is why Dr. Allegrucci’s was visionary and the event certainly succeeded in focusing attention on the almost forgotten Centro di Documentazione Archeologica: a proposal had been made to tear it down and substitute it with residential buildings.

The public’s response was beyond any expectation: Novilara Antika Populi and Teuta Senones Pisaurenses’s workshops on Saturday afternoon high a high attendance rate, with about 50-80 people enthusiastically getting their hands dirty while bread making and extracting scents from plant leaves such as laurel. A lot of kids had a chance to make and cook their personal loaf of Picenian bread!

The activities in Sunday saw a similar participation, with more or less the same number of people watching the smiths feeding their furnaces with coal in order to reach the temperatures needed to either forge steel weapons or melt a couple of bronze Picenian pendants. Dealing with fire is potentially dangerous, but under my guidance I let some kids operate my bag bellows and they did so well that I would gladly hire some of them as helpers…!

During lunch time, we had a taste of Picenian food at the Locanda Ricci, piglet and salad were well appreciated, and then we got back to work.

In the afternoon it was time for the indoor workshops: bone working and amber carving, and while me and Dr. Mattia Sbrancia, who was cooperating with Arte Picena, were occupied with files and hand drills, the other members of our groups were explaining to the public the wide range of replicas we were exhibiting at our educational banquets. Of course the interaction with these objects was most appreciated, especially by kids, and soon we had children wearing bronze helmets and wielding spears and short swords (made blunt for the occasion) pretending to be fierce Picenian warlords some 2700 years ago.

Once more we noticed how people are fascinated by the exhibition of full outfits such as the reconstruction of the garments worn by a 7th century Picenian family: the husband is a warrior wearing offensive and defensive weaponry modeled on examples found in Novilara, the wife is a noblewoman dressed with replica of clothing found scattered in the Marche and Abruzzo regions2 , and the daughter is a little girl wearing trinkets modeled on some examples found mainly in Torre di Palme (Fermo Province). Once again, these reconstructions proved to be a valuable vehicle to bring the public closer to history.

In the late afternoon people began to leave the event, but many stayed for the conference. Mr. Galdenzi opened the conference by speaking about the relationship between the village of Novilara and the touristic geography, highlighting how difficult it is to insert what essentially is a Medieval village in the network of tourism which is, in that area, pretty much dominated by bathing facilities (think of Rimini, Riccione, Cattolica shores nearby).

Dr. Allegrucci focused its relation to the naturalistic aspects of the Novilara territory, especially the surrounding woods. He proposed walks on abandoned paths that cross the woods and countryside around the village of Novilara. These paths were widely used in the past and the objective is to avoid losing them.

Dr. Fazzini then spoke about the relationships the Picenians had with other Adriatic cultures such as Greeks, Illyrians, Liburnians and Dauni, showing common cultural markers among these and also comparing iconography such as that shown in the most important Novilara stelae.

As for me I began speaking of the three vessels shown in this stelae, highlighting some elements that they have in common with each other and that we can still see used in today’s boats: the figureheads, the bulbs and the central hinged rudder. The latter is generally considered a more modern invention, but some comparisons with other specimen such as the Siponto Stelae n° 0950, another stelae found in Cattolica and similar ones suggest otherwise.

Dr. Lani used both old and new archaeological records to show how the Picenians settled in Novilara and how they related to the Indigenous inhabitants. She also illustrated which kind of people took their place in more recent times (that is, Gauls first and then Romans), showing diachronically the dynamics that lead to the population of this territory.

This marked the closure of the event.

The event was such a success (public interaction, media coverage, and maybe more importantly, interest in the Centro di Documentazione Archeologica) that by the time of writing we’re already organizing a sequel. A date has yet to be set, and we’re not sure how we will organize a “Novilara dei Piceni 2”, but we have no intention to let this event, the largest one specifically dedicated to the Picenians ever held in Marche, be a one-off. 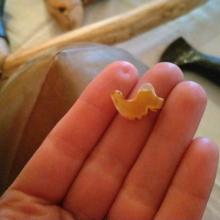 Fig 1. An amber duck being carved by Dr… 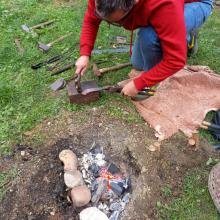 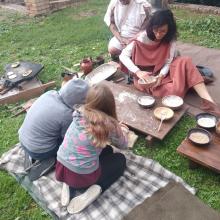 Fig 3. Kids making bread in the… 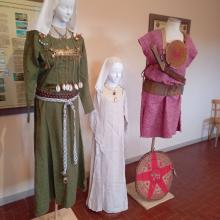 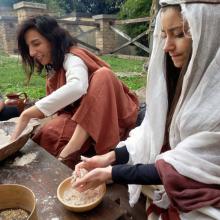 Fig 5. The workshops were well attended… 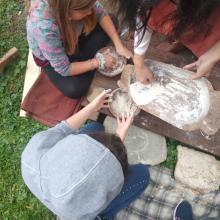 Fig 6. The workshops were well attended… 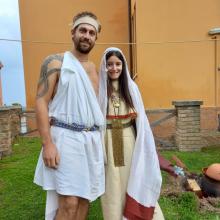 Fig 7. Dr. Allegrucci and his fiancée… 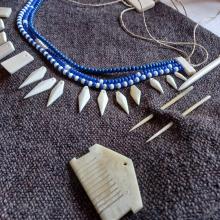 Fig 8. Many participants were… 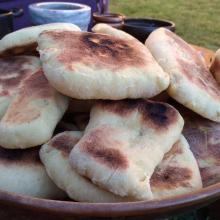 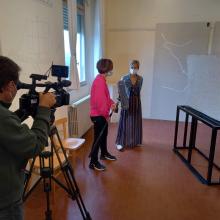