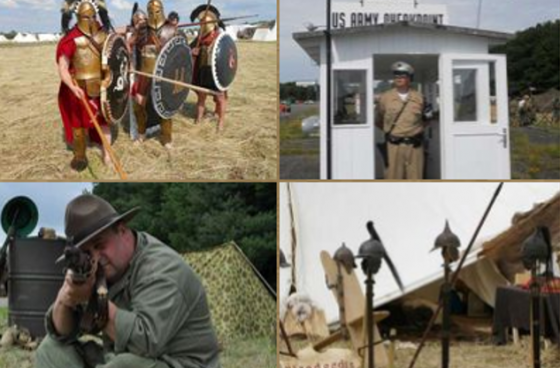 This event is unique in its kind. It only happens once a year in Belgium that all historical associations are assembled under the cover of a multi-period camp.

During this camp we make a journey through World History. This happens in an encampment built in the style and the tradition of the presented period.

Next to that there are all sorts of demonstrations in this historical framework. Not only camp-life of the related period is presented, but also the matching trades, such as White and Indian handcraft, pottery, wood-work, forgery, to mention only some, are presented to the general public. Finally we demonstrate historical battles, tournaments, drill exercises and duels.

Extent of the event:

During our event we can count on around 1000 re-enactors or participants in historical costumes, as well as about 400 tents to give an as realistic image as possible of the different periods of world history.

The press is largely informed to give as much advertisement to the event as possible.

We have around 10.000 visitors every year, so we can speak of this event as being a succes.