Vikings on the Prowl 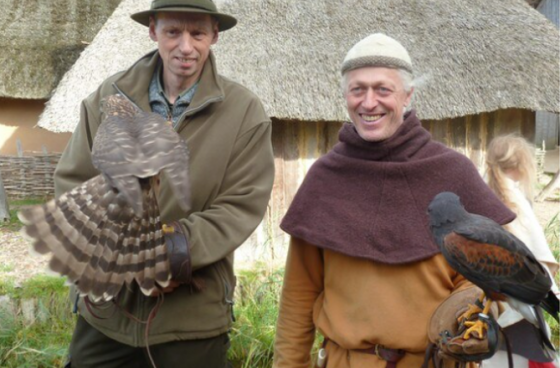 The Viking Museum Haithabu invites you to a hunting weekend on the area near the Viking houses. The fact that the settlers of Haithabu also went hunting is shown by the slaughterhouse waste recovered from the port of Haithabu by archaeologists. Bones of red deer, wild boar and roe deer have been detected. In addition to meat, skins, antlers and sinews were sought-after raw materials that were further processed into numerous objects.

The Viking Museum Haithabu is building on this topic with numerous activities this weekend. Visitors are invited to watch the archers hunt with a bow and arrow. Meanwhile, the women prepare the seasonal stew in the kettles on the open hearth fires. The typical flatbread is baked in the clay oven. Right next door, Reinhard Erichsen lets you look over his shoulder while building a bow. He also demonstrates hunting techniques from the Viking Age and reports on the various uses of game in the early Middle Ages.

A special attraction awaits visitors on Saturday, when master falconer Hans Newe and his colleagues provide information about the age-old technique of pickling. There is a special opportunity to marvel at hunting birds such as the desert buzzard and falcon up close.