We are in the dramatic year 1864. The Battle on the 18th of April was the most bloody in Denmark in the Newer Era, the last big battle on Danish soil. Denmark is at war with the large powers of Europe: Prussia and Austria.

You are at the exact spot where the war was decided with the attack on the Dybbøl Stronghold on 18 April 1864. Take cover in the Danish bunkers at Dybbøl while the Prussian grenades fired from the heave guns at Broagerland are exploding around you. Using the photos made in those days a lively scene of a Danish position has been recreated. Hiding in the landscape, continuously hit by 80-90,000 grenades several thousands of Danish soldiers await the Prussian storm which will take place soon. On the other side a multitude of Prussian soldiers are waiting as well, just as nervous and afraid as the Danish, waiting for the final command. It is impressive how a battle lost by the Danes shapes their national identity this much. The Historiecentret is made as a living explanation, things and places which one can touch and reconstructions in which one can move around. This is combined with a lively show when you feel like you are in the middle of the events which took place in the days up to the final attack on the Dybbøl Stronghold. The lively story is the cornerstone of the Centre. In the recreated barracks you might the tired soldiers who explain about the daily life during the war, communication and use of weaponry. You get examples of grenades, weapons and other gear put in your hands. You see how the soldiers from both sides handled the war, stories are told from diaries and other memories are shared. You get the story about this human made catastrophe for society when both Danes and Germans/Austrians fought for a cause they thought was just. You can look into the future which was waiting them from this decisive moment onward. Many of the soldiers depicted in the centre never returned. Connected to the museum is a living history group called the Schleswig Gunpowder Shooters ("Slesvigske Sortkrudtskytter") which meets up several times a year at Dybbøl Banke. On the 18th of April, they meet with their Prussian counterparts – in peace of course nowadays! 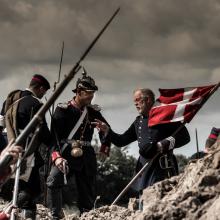 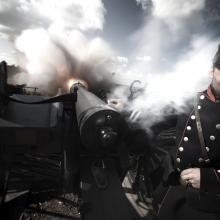 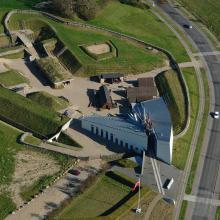 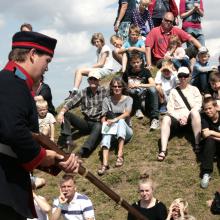 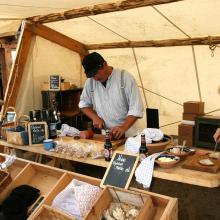 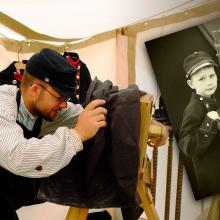 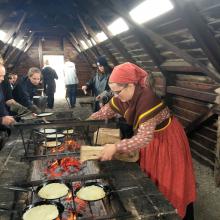 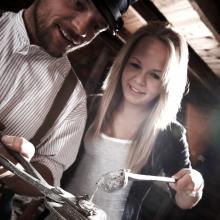