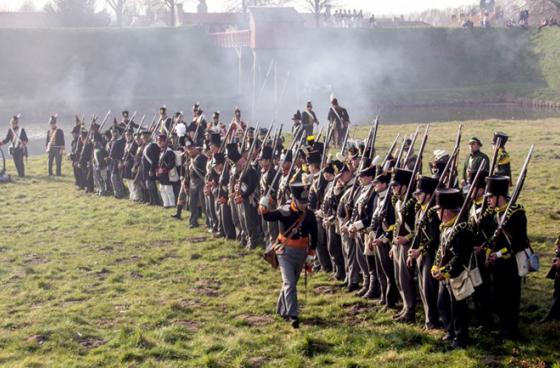 The Battle of Bourtange is a 'mock battle', in which the battle for the fortified town from 1814 is reenacted. That battle was between the Dutch army - with help from, among others, Belgium, Germany and England - and Napoleon's troops.