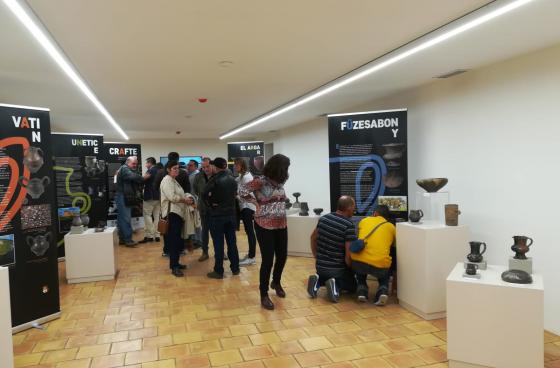 A sample and a documentary culminate the CRAFTER project, which has been inspired by the Bronze Age to revitalize the European ceramic sector
The CRAFTER project (Crafting Europe in the Bronze Age and Today), under the scientific coordination of the UAB, comes to an end with an exhibition that can be visited until mid-December at the Mula City Museum (Murcia) and the documentary “In Their hands. Reshaping pottery of the European Bronze Age”, selected to participate in the upcoming archaeological film festivals in Bidasoa and Florence.

CRAFTER has been developed over the past year and a half with the aim of reviving the ceramics sector in Europe - an ancestral, artisanal and sustainable profession in crisis - seeking inspiration in the Bronze Age to Europe.

Led by the Association of Friends of the Archaeological Site of La Bastida (ASBA) and under the scientific coordination of ASOME (Mediterranean Social Archeology Research Group) of the Autonomous University of Barcelona (UAB), it has also had the participation of the Museum of Paraćin (Serbia), the Hungarian Academy of Sciences and the Déri Museum (Hungary), the association EXARC (Netherlands) and the State Museum of Prehistory of Halle (Germany).

Since the first international meeting, held in Murcia last October, the project team, consisting of about thirty specialists in traditional ceramics and archaeology, has worked to obtain new cultural and artistic products, by applying ceramic methods and techniques used 4000 years ago by the people of the Argar - in which the ASOME group is a specialist -, Unétice, Füzesabony / Otomani and Vatin, which were developed in different parts of Europe.

The results of the project have been collected in four exhibitions held in Europe, one of them at the Mula City Museum in Murcia, recently opened and open until mid-December. The exhibition includes recreations of several ceramic pieces from the Bronze Age cultures, exhibitions on the production of ceramic products and the screening of the documentary “In Their Hands. Reshaping pottery of the European Bronze Age”.

The Development of the Project, in a Documentary

The documentary of the CRAFTER project is an audio-visual work in which the intrinsic experience achieved by artisans over the years and the knowledge acquired by researchers on the materials and techniques used by potters from four millennia ago, are the result of the analysis of the original pieces. The work is made up of four chapters, which show a double heritage: the ceramic contexts of recent European prehistory and traditional ceramics, currently endangered by industrialized production. Each chapter has been shot by different directors in Serbia, Hungary, Germany and Murcia. The final work has been coordinated by the ASOME group, in close collaboration with Marcello Péres and Nicola Tagliabue (Heracles Archaeology).

"In Their Hands. Reshaping pottery of the European Bronze Age ”has been selected to participate in the next edition of the Bidasoa International Archaeological Film Festival (FICAB), which will take place next November, as well as by the Firenze Archaeofilm Festival next February.

CRAFTER has been funded by the Creative European program of the Executive Agency in the field of education, Audiovisual and Cultural (EACEA), for projects related to the European Year of Cultural Heritage 2018. 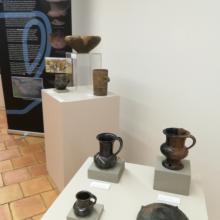 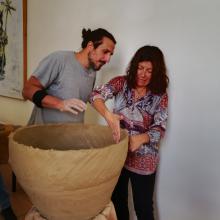 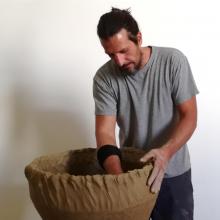 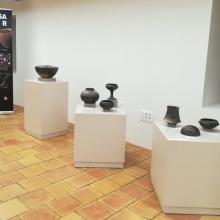 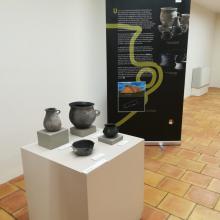 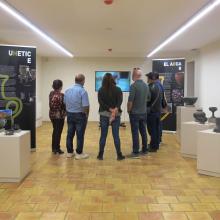 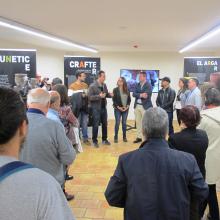 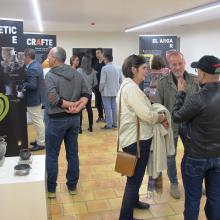 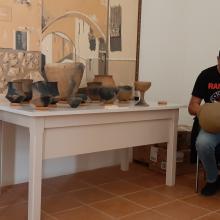 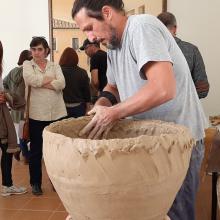 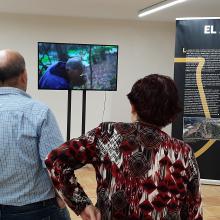