The Insula 1 and the Older Forum of Cambodunum 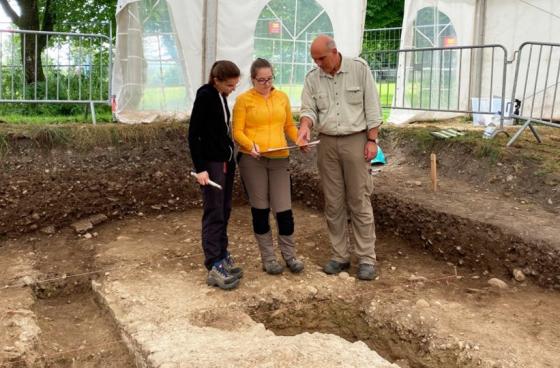 A Lecture on Antiquity by Prof. Dr. Salvatore Ortisi

Since the excavations of the late 19th century Cambodunum-Kempten plays a central role in international research as a prime example of early imperial urban planning. The lower, older settlement layers were seldom recorded at that time. The loss of large parts of the Roman city as a result of the modern development on the Lindenberg in the middle of the 20th century was even worse.

The current research cooperation between the city of Kempten and the Ludwig Maximilians University of Munich to investigate the last undeveloped Roman city quarter of Cambodunum, the so-called Insula 1 , now provides sensational new findings on the oldest traces of Roman urban culture north of the Alps in Kempten.