The “Stone Age Park Dithmarschen” in Albersdorf (Schleswig-Holstein, Germany) is being reconstructed as a Neolithic cultural landscape from ca. 3.000 BC. Lying close to megalithic tombs and grave mounds dating from the first farmers in Northern Germany, the site offers educational activities like flint knapping, archery and leatherwork.

Since 1997 the Archaeological-Ecological Centre Albersdorf (AÖZA) in the country of Dithmarschen in the western part of Schleswig-Holstein is working on the aim to re-establish a cultural landscape from the Neolithic for about 5.000 years ago on an area of about 80 acres.

The AÖZA-project was right from the beginning a initiative from the community of Albersdorf and from the county of Dithmarschen; it was financed in the beginning by funding from the state of Schleswig-Holstein and coordinated by a planning office for the development of rural areas.

To realize the idea they have taken the following concrete steps: 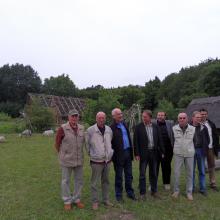 Members of the Board of the… 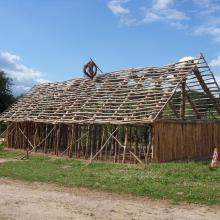 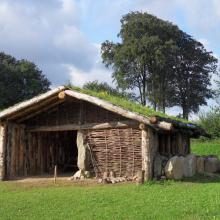 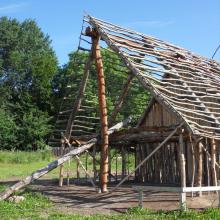 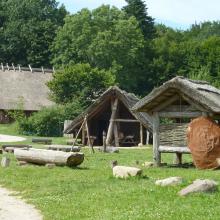 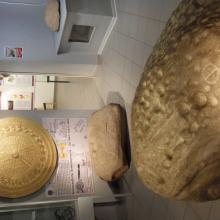 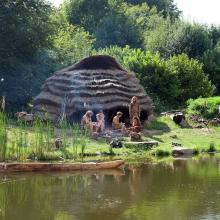 (2020 - present): Chairman of the European Route of Megalithic Culture (officially recognized by the Council of Europe)
(2016 - present): Board member of ICOM Germany
(2007 – present): Director of the Archaeological-Ecological Museum Albersdorf
(2006): PhD in Physical Geography at the University of Kiel about the “Cultural Landscape of the Albersdorf Region”.
(2001 – 2003): Leading Partner in the European Project “Pathways to Cultural Landscapes”
(since 1997): Project leader in Albersdorf – the reconstruction of a neolithic cultural landscape in Northern Germany. Building up of a new permanent exhibition about “Man and Environment in Prehistory” for the Archaeological-Ecological Museum Albersdorf.
(since 1996): Bremen-Rekum – a Roman Iron Age settlement in Bremen, Northern Germany
(1992 – 1994): Mölleholmen – a late Viking Age island settlement in Southern Scania, Sweden
(1988 – 1995): Studied Archaeology, Geography, Botany, Public Law and Pedagogy in Kiel, Freiburg, Bremen and Lund/Sweden
(1988 – 1997): Archaeology in the City of Bremerhaven
(1995 – 1997): Employed in Historisches Museum Bremerhaven

Wolfgang Johannsen is responsible for the information desk at the entrance of the Stone Age Park, for the development and purchase of our „Park-Products“ and for some of our PR-work.