Open-air museum Curia Vitkov is run by an association of about 20 volunteers. The site of 2 hectares consists of a crafts village with 3 houses and 2 other constructions. Besides, there is the central Curia consisting of 6 dwellings and two other houses, two tower gates and a palisade, and lately a two-storey nobleman’s house with “black kitchen” and a medieval tiled stove. Into future, we plan for a stone-built Romanesque church which should complete the typical court. All buildings present varying timbering and roofing techniques, following typical construction patterns of the period according to the type of settlement. The area is not based on single excavations.

The period depicted is the Early medieval age, period 1150 – 1250 AD, showing colonization in a Central European, peripheral area of the country.
Members of the association are usually on site in the weekends from Spring to Autumn and most of July. During these days, guided tours are provided. Twice a year there is a historic weekend with demonstrations of ancient crafts and warfare. Activities comprise of living history, construction of the settlement, but as well experiments in forging and casting metal. Special attention goes to clothing and its usage in various weather conditions.

The gradual construction of the settlement is done by the association members and other people who at the same time make the site alive by various activities. The site also is a networking and meeting place for people interested in historical re-enacting. The emphasis on quality and accuracy of period equipment is admired by re-enactors of other periods throughout the Czech Republic. 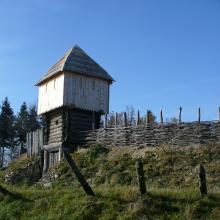 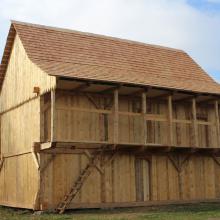 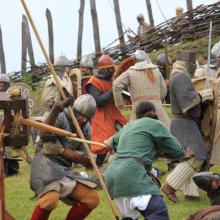 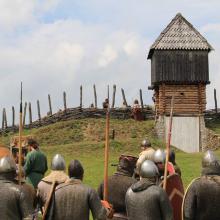 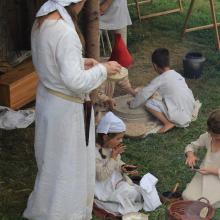 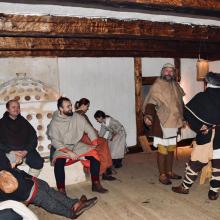 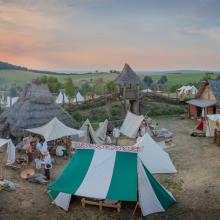 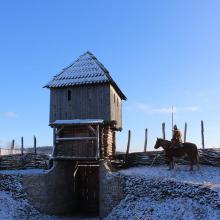 Founder of the association and leader of the Curia Vítkov project since 1999.