After the complete excavations (1999) showed the importance of the settlement, the Iron Age village of “El Cabo” was moved from the original site to prevent its destruction (it was close to an open air carbon mine) to the hill of San Macario.

The archaeological park of "El Cabo" contains the remains of a single site: an Iberian settlement whose inhabitation and abandonment occurred in the first half of the 5th century BC. The original site was in a strategic defensive position, at the top of a sloping relief. The urban characteristics of the site correspond to those of a typical Iberian site, namely:

The houses were made of daub walls raised on an irregular masonry base of 50 cm thick. The roofs were made by intertwining dry plant elements, supported by wooden poles placed on small limestone blocks. This has allowed us to know the composition of these structures. In some houses there are burials of sheep or goat with bronze grave goods, which could have meant to ward off evil.
Archaeological surveys were carried out at the site between 1994 and 1996, with the full excavation carried out in 1999. The excavation was needed because of mining operations very close by. The project, endorsed by the Andorra City Council and the General Directorate of Heritage of the Government of Aragon (Ayuntamiento de Andorra y la Dirección General de Patrimonio del Gobierno de Aragón), consisted of the transfer of significant archaeological remains and unique lithic elements to a new location on the San Macario Hill.
The reconstruction of the site in its new location was carried out maintaining the original dimensions of the spaces, as well as their location and orientation. The mortar used to join the baseboard masonry was made with white cement, lime, yellow sand, and reddish earth extracted from the surrounding area. The reconstructed elevations have been built with adobe bricks of the same dimensions as the originals, and on top of them have been planted roofs composed of pine and juniper wood from the area. To prepare the space for its musealization, water drains have also been added, as well as conduits to carry electrical current, all of them hidden to maintain an authentic experience. This project has been carried out through the various programs of Trade Houses, Workshop Schools, and Employment Workshops (Casas de Oficios, Escuelas Taller y Talleres de Empleo), and with the support of the Andorra City Council.
At present, the town is completely rebuilt in plan, and eight of its spaces have been rebuilt in elevation. This experimental archaeology project mixes its informative and tourist value with the study of Peninsular Protohistory. All the information collected in the excavation and reconstruction process can be seen in the Visitor Centre that is currently being built in its vicinity. 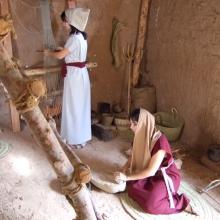 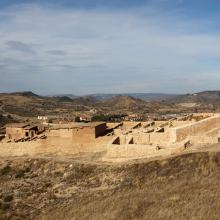 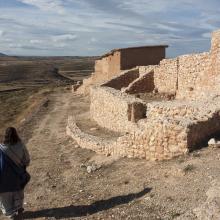 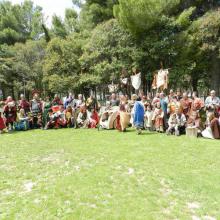 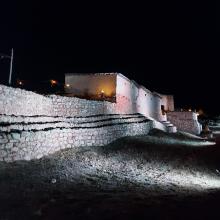 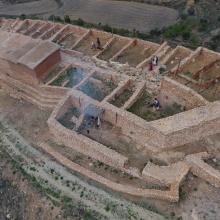 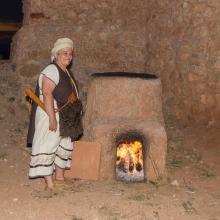 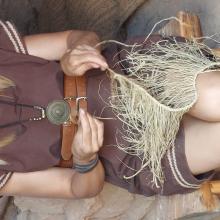 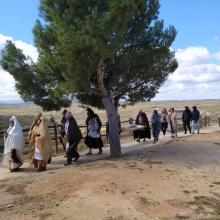 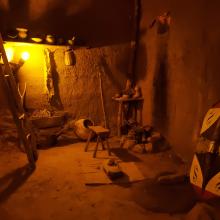 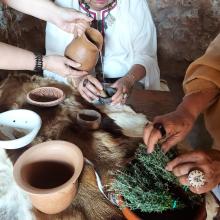 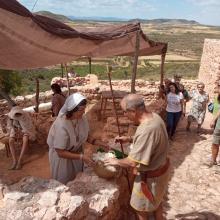 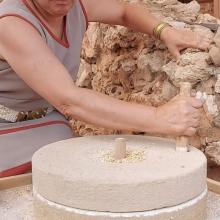 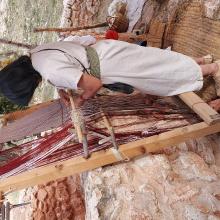 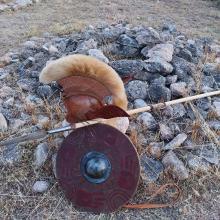 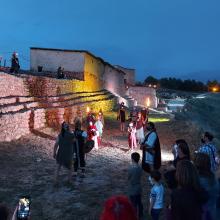 Archaeologist, manager of Consorcio Patrimonio Ibérico de Aragón since 2007 and responsible for the cultural and archaeological tourist route "Iberians in Aragon" since 2004. Director of the archaeological excavations of the El Cabo de Andorra (1999-2000).

Culture Technician of the City of Andorra (Teruel, Spain)