25 km south of Malmö, Sweden, you will find the Archaeological Open-Air Museum of Foteviken. Inside a city wall open toward the sea, the world’s only attempt to recreate an entire Viking Age town shows a number of streets with 23 houses and homesteads, reflecting life in a late Viking Age and early Middle Age town in 1134 AD.

The Viking Town of Foteviken is open to the public during the late spring, summer and early autumn. It has become a well known meeting place for international historical re-enactors with the Viking Age as their speciality. As a re-enactor you may live and work in the houses of the town free of charge, and may sell your handicraft products to visitors if their quality and craftsmanship corresponds to contemporary Viking Age items.

The museum is also involved in research focusing on historical, archaeological and marine archaeological issues. A number of reconstructions of historical  ships have been made. One is Erik Emune, 11,7 meters vikingship which you can see on display when you enter the museum grounds. Two cog ships has also been reconstructed one of them a wrecked cog from 1390 AD which has been excavated in the sea outside Skanör in southern Sweden. Based on its study a full scale replica of the ship has been reconstructed in Malmö. 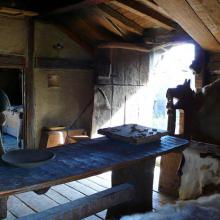 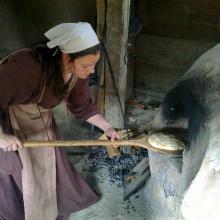 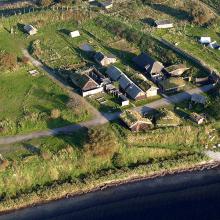 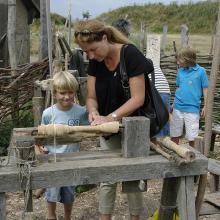 Björn is Museum Director for The museum of Foteviken, the Viking Town and The Medieval Ships. Björn has been director of the museum since 1993 and been in charge of EU-projects in which the museum has been involved in since 1998. His background as dramaturge, producer and film director in the film industry and working frequently with projects involving history and archaeology. During the 1980s and 1990s he was working with underwater research and documentation of ship wrecks and Maritime archaeology. He has a long experience of Maritime archaeology and especially ships from the Viking and Medieval period. Björn has also been leading some of the bigger Swedish maritime excavations of medieval ships in the museum’s region. He was leading the excavation and reconstruction of the medieval cog ship in Malmoe that is now available for visitors at the Museum.

Sussi is in charge of staff affairs, schedule planning for the staffs working with schools and guided groups, pedagogy, handicraft and re-enactors who is working in the reconstructed town. She is also in charge of staff time connected to EU-projects.
Since 2003 Sussi has been in charge of the Entrée building with the museum shop and restaurant.

Therese is handling all the financial work related to the museum. She is also in charge of reporting EU-project in which the museum is involved. Apart from this, during the open season, Therese is helping out Sussi in the museum shop. She has been working at the museum since 2017.