The idea of the Museum of Human Evolution (MEH) emerged a decade ago, when the archaeological sites of the Sierra the Atapuerca were designated with the World Heritage Status by UNESCO. Its importance lies in in that fossils of hominids of more than 1.2 million years (the oldest of Western Europe) have been found there.

The Sierra, due to its special ecosystem and its geographical location, constitutes an exceptional example of continuous human occupation. Among the fossils, archeological vestiges of four different species of hominids stand out: Homo Antecessor (more than one million years), Homo heidelbergensis (600.000 years), Homo neanderthalensis (50.000 years) and Homo Sapiens. Therefore, the rich fossil record provides unique evidence about the human origins and evolution, besides priceless information that recalls the European lines of evolution from The MEH is a project led by Ministry of Education of the Regional Government of Castile and Leon and supported by the scientific advice of the international research team of Atapuerca.
The MEH is situated in the center of Burgos, a city located in the north of Spain and also is located 15 kilometers far from the Atapuerca archaeological sites. The museum shares the heart of the city with the National Research Centre of Human Evolution (CENIEH) (to its right) and a Conference Centre (to its left). Beyond its functions as a museum, the MEH is the head of the “Atapuerca System, Culture of evolution,” which is a model of integrated system of management which goal is to create awareness concerning human presence in Atapuerca. The objectives of this Atapuerca System are preserving, researching and spreading the science discoveries as well as stimulating the development of the rural environment of the Sierra the Atapuerca.
The MEH is the only museum of its kind due to it is the only one that specializes in human evolution, and its permanent exhibition shows the original fossils of the main discoveries that have been found in Atapuerca. The museum complements the experience encouraging visitors to go to the sites by shuttles that leave from the museum. 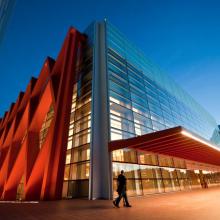 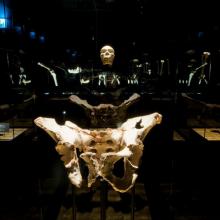 Fosiles at the Museum of Human… 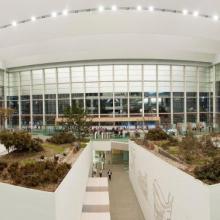 Landscaping at the Museum of Human…