Swargas - The Historical and Cultural Centre of the Varangian Yard (RU)

Swargas - Сваргас - The historical and cultural centre of the Viking yard was founded in 2004 and now has four 11th century reconstructed houses like in the Novgorodian, Karelian or East Swedish Viking way.

Project members are engaged in research aimed at the reconstruction of social relations and everyday life in early medieval period of military democracy, as well as the study of general historical, archaeological issues, "the Viking age". It is a fortress, recreated in life-size, of the Baltic Slavs in the 8th-11th centuries AD (Viking Age).

The formal history of Vyborg begins from the runic inscription made by guess during 1050 – 1060 on the rune stone U-180. This three-meter rune stone was found in Össeby-Garns, Sweden. This runic inscription is formed by two runes in the shape of snakes, whose heads are forming cross at the bottom and two circles formed by their tales on the top. The main snake interlaced with smaller one and they both surround the cross in the centre. This fact suggests that Vyborg has a history of 970 years and the city was a very dynamic trading point during Viking Ages. Based on the runic spelling the name of city was Véborg.

The Russian Scandinavian historian Tatiana Nikolaevna Jackson wrote in one of her works: “It seems to me that this treatment is well warrant as far as until XVI century existed two ways from the Gulf of Finland to the Lake Ladoga and Vuoksa river was same waterway as Neva river. Vuoksa waterway went through the territory of ancient Karelian tribes from current Vyborg till Priozersk. We can see that Vuoksa waterway to Ladoga was actively used during VIII – XI centuries by mapping the archaeological evidences. So there’s no wonder when we see place name marker of this way in runic inscription…”

Nevertheless, the part of history, related to Viking Ages is thinly represented and underexplored in Federal financed cultural establishment “United Vyborg reserve museum”. Medieval city Swargas – the Capital of Varangian Lands was established in 2004 as a private historical and cultural project to restore historical justice, learning the traditions and culture of this region. Unique feature of Swargas is based on the constant evolve of all buildings adapting for the needs of the city citizens based on historical investigations. That’s why Swargas is not a static picture, we live full life of Middle-Age city. Everybody in Swargas are focused on their job – warriors are practicing on the Konung Square, sound of hammer is heard from blacksmith and stone walls are build.
One of our main activities is experimental practical archaeology. Researching and re-creation of social relation, items of culture, life aspects, technology and world view makes visit to Swargas so lively and filled with sense.

In 2017 Swargas reinstated membership in EXARC, the association of most well-known open air museums and archaeology parks. The medieval city Swargas is a productive project of “Historical and culture centre Varangian yard”, which producing and carrying out cultural and educational programs for children and adults. These programs and practical activities, performed in Swargas were appreciated by Material Culture Institute of RAN (academic director is A.N. Kirpichnikov) and Travel Committee of Saint Petersburg region in the context of project called “Silver Necklace” the way “from the Varangian to the Greeks”. In 2019 our cultural and educational program “Travel in time” was reviewed by department of pedagogy and andragogy of Saint Petersburg Academy of postgraduate pedagogy training. This program is recommended as curricula for schools of Saint Petersburg and the Saint Petersburg Region. Swargas is included into list of Russian Federal expedition of school movement “I’m exploring Russia” at Leningrad Region. Swargas appears as winner of XIII International ethno festival “Land of Kalevala – 2019” in nomination of best ethno and prize winner of local tourist contests. Historical and culture centre “Varangian Court” wins in second tour of President subsidies-2019 with “Creative space SwargasLab” project. Under this project Swargas will create handcrafting workshops, get few knitting looms and some other ethnographic museum pieces to make exposition of medieval and Viking Age crafts fully realised.

With great experience and capability, Swargas is interested in meeting new partners and taking part in international projects and activities. Our territory and covered courts affords Swargas an opportunity to take part in cultural exchange and get popular for tourists from different countries.

Swargas - The Historical and Cultural Centre of the Varangian Yard
2/4, 9 km from the Svetogorsk highway
The Medieval town of Swargas
Vyborg
Leningradskaya oblast'
188930
Russia 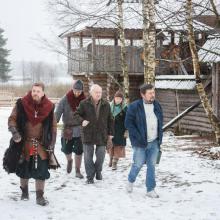 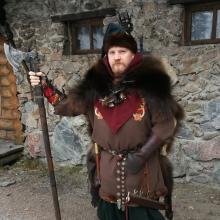 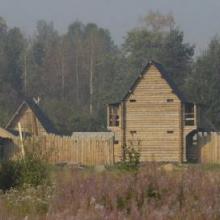 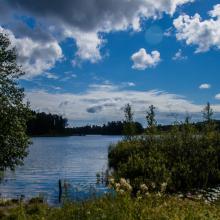 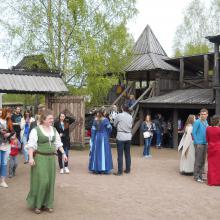 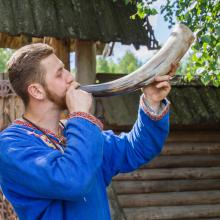 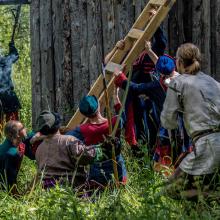 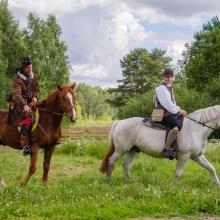 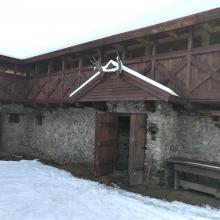 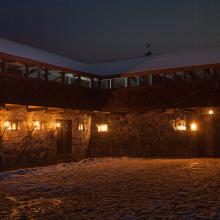 Andrey Nikolaev, born in 1972, native of the city of Vyborg. In the period from 1993 to 2009 he served in the interior Ministry at the senior officers. Higher legal education, graduated with honors in 2003, Saint-Petersburg University of the interior Ministry. By the decree of the President of the RF of 12.10.2006, he was awarded the medal "For distinction in protection of public order".
Since 2009 Director of "Historical and cultural center of the Varangian yard" part-time associate Professor in the Department of Economics and management of tourism and hospitality management of the Vyborg branch of ENGECON, now Vyborg branch of the St. – Petersburg State University of Economics (ASUE).
Since 1991, corresponding member of Russian heraldic society. Participated in consulting work for regional cultural studies, heraldry, and the heraldry of sphragistics in the preparation of the scientific and educational exhibitions, shooting of documentary and popular science films.
The initiator of the project the farmstead of the Viking age Svargas since 2004 and currently the project operates in the format of a Medieval city Svargas - the Capital of the Norman lands, the only directions of living history, which is actively implementing Museum pedagogy as a basis for work with pupils and students. Is the developer of author's animation of the early middle ages for a variety of audiences.
The author of numerous publications in scientific journals and the media on a wide range of issues (history, cultural studies, pedagogy, law).
Organizer of cultural events on the territory of the Leningrad region and abroad (Festival "the Vyborg thunder", Days of culture of the Kingdom of Norway in St. Petersburg festival "the Tsar's fortress", Kirillo – Belozersk, etc.), the day of the city Sertolovo, Kamennogorsk, etc.