Considered to be one of the largest mining exploitation sites of the Roman world, mining at Tresminas began during the reign of Emperor Augustus (27 BCE - 14CE), and lasted through the time of the Seventh Severo.

The activity was conducted through the open pit mining, which gave origin to the large craters dispersed throughout the current day landscape, which constitute hard evidence of the human effort employed in the site. Cutting across the vein, is a complex system of galleries opened for the transportation, removal and treatment of the minerals. These can still be visited today. The Archaeological Park offers lookouts over the open pit, interpretive panels, pedestrian walkways with signs and picnic areas. Guided visits inside the galleries are also provided.

Concerning archaeological investigation, we have made excavations and surveys in partnership with Portuguese and German institutions; in recent years, these works have been accompanied by a resident archaeologist. Collected archaeological materials are being studied to be exhibited in the municipal museum. 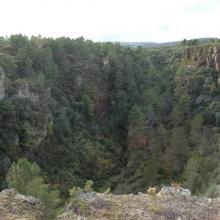 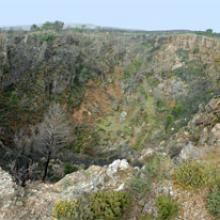 Since 2011, works as an archaeologist at the Tresminas Roman Mining Compound, having been responsible since 2015 for the Interpretative Center of this archaeological site.