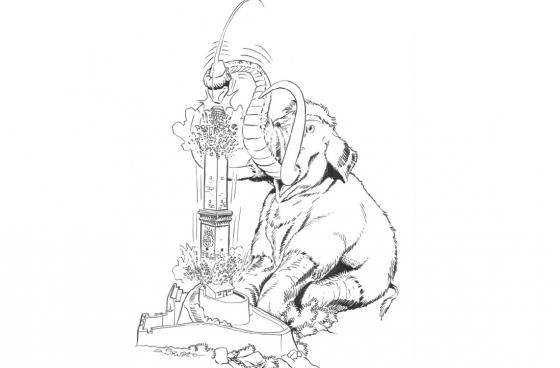 (this meeting is postponed to autumn, new dates not clear yet, please check conference website)

The use of bipolar technique on anvil is documented on a global scale, over a wide chronological span, from the Palaeolithic to Protohistory. Compared to the mainly typological approach of the last century, this technique and the characteristics of bipolar products have been broadly reconsidered thanks to the application of modern technological and functional analyses.

Over the last few decades bipolar knapping has been the subject of a vast interdisciplinary literature that has emphasized
the complex nature of artefacts commonly defined as “splintered pieces”, also highlighting the variety of applications of this technique. One of the main questions currently under discussion is whether the so-called "splintered pieces" are to be
considered as being merely more or less exhausted cores (therefore exclusively connected to the production of blanks), or can represent different categories of artefacts (wedges, tools...) that can also be distinguished on a morphological basis. In particular, research has focussed on the processing of organic and other materials, by the use of knapped lithic artefacts.

These tools a posteriori are known in the literature as pièces intermédiaires and can display traces possibly due to an
intentional façonnage, usually aimed at reducing the thickness of the blanks, whose purpose has been variously
interpreted. The versatility of bipolar technique and its considerable chronological and geographical diffusion (its use is widely known also in ethnography), poses problems that go beyond the strictly technological field to invest aspects of socio-economic behaviour, that can be investigated only by taking into account the different archaeological contexts.

The goal of the meeting will be twofold:
1) to provide an opportunity for comparison of the different study experiences and approaches adopted;
2) to promote a discussion on the "bipolar" topic with the aim of highlighting and defining the role of this component within the most diverse contexts. In particular, the meeting will focus on production methods, characteristics of products and function of knapped lithic artefacts, without neglecting the relevant methodological and terminological aspects.

Location: Dipartimento di Antichità, Filosofia, Storia - Università degli Studi di Genova.
Organization: depending on the number of proposals received, the Annual Meeting of Prehistory and Protohistory may take place in one or two days. It is therefore expected:
- 20-minute presentations to be selected by the Scientific Committee from the submissions.
- posters to be presented by brief oral overviews (5 minutes).

There will also be time allotted for discussion, the main objective of the meeting, inserting moments dedicated to the debate both at the end of the day and after each paper, trying to group the interventions on the basis of the topics addressed.

We do not plan to publish the Acts of the conference, only the volume of extended abstracts. The booklet of abstracts, in
addition to being distributed to participants during the meeting, will be available online on the IIPP website (http://www.iipp.it).