Ostvytsya is a historical and cultural project that recreates the atmosphere of the Rus' era of the 9th-12th centuries with the help of historical reconstruction and experimental archaeology.

The park is allocated an area of two hectares right next to the ancient Old East Slavic hillfort of the 10th-12th centuries found by archaeologists, which is an archaeological monument of national significance.

Our goal is a historical reconstruction of an ancient settlement, which includes architectural and cultural reproduction of dwellings, handicraft workshops, sheds, defensive walls, towers, fortified entrances, and boats, where one can touch the daily routine, life, and entertainment of the period of Ancient Rus.

The main activities of the park:

The attractions of the park are replicas of ancient boats. There are a total of 9 boats in the park, some of which are no longer used as watercraft and are exhibits of the park. The oldest boat dates back to the end of the 16th - the first half of the 17th century.

There are historical and cultural events throughout the year, mainly in the warm season in peacetime. The biggest event is The Ancient Boat Festival, which is realized in close cooperation with one of the best reconstruction teams in Ukraine. 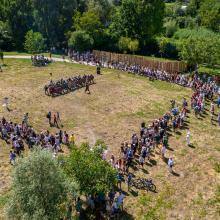 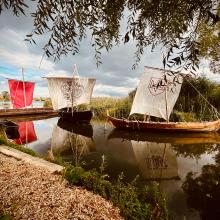 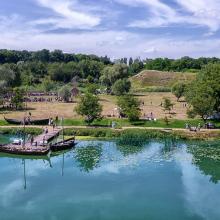 The author of the idea (co-founder of the History Reconstruction Club: Ostvytsya), manager, leader, project coordinator.