The Island Öland, east of Kalmar is about 137 kilometres long and was rich in the Iron Age, due to its strategic location. Near Löttorp, a small village in the north, there are several Iron age villages discoverad and most of them are visable above the ground – the best preserved Iron Age villages in Europé. Most of them has been inhabitaded between 200-800 AD.

The walls of the houses and stables were made of stones, the rest of the construction was made of timber. Excavations were conducted by the University of Uppsala together with Skäftekärr Ekonomisk Förening. The Iron Age landscape is very well preserved.

Soon the decision was taken to reconstruct one of the larger longhouses, at start mainly for pedagogic purposes. Since 2000 there has been an ongoing work with creating the surronding landscape of the farm.  During the Summer season, it is also open to tourist public when craft demonstrations and living history take place. Next to the impressive longhouse lies the predecessor, a reconstructed house which was destroyed by fire several years ago and now waits to be experimentally excavated. 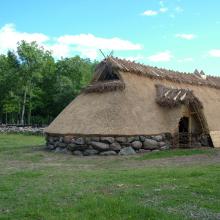 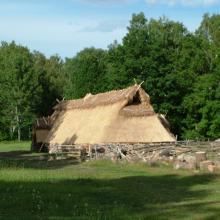 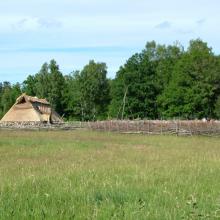 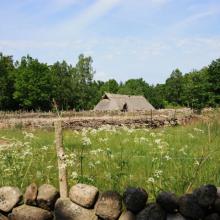 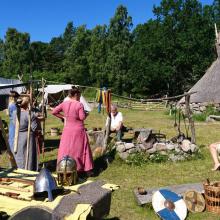 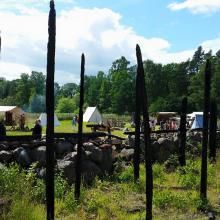 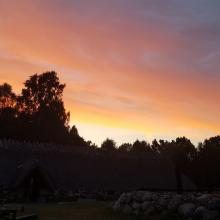