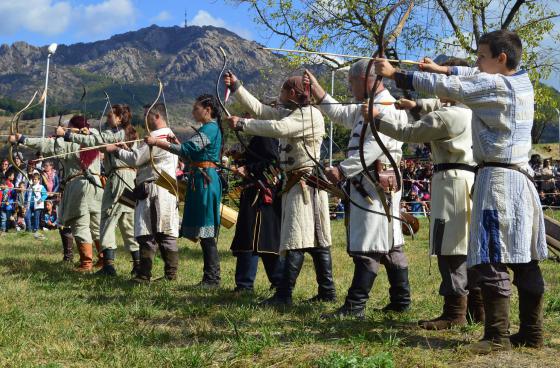 On 12-13 October 2019, the Fifth Medieval fair "Remember the Glory" will take place on the territory of the Tuida fortress.
In both days, visitors will have the opportunity to observe demonstrations of various weapons from land, clashes of heavily armed warirors and medieval battles. In the participants` camps demonstrations of ancient crafts can be seen - weapons production, protective armaments, household items, decorations and jewellery, cuisine, antique rituals and interesting games.
Тhere will be many accompanying mini events during the Fifth anniversary edition of the Medieval fair – Battle tournament, Traditional archery tournament, Workshops, an evening program including “Eriney” Band Concert and “Awakening” Fire Performance.
For the first time, camp tours will be organized for the audience. In 2019, four foreign re-enactment groups from Romania and Serbia will take part in the fair. Total number of the participants is over 160 people from all over the country and from abroad.
The fortress opens to the public at 10.30 am and the opening of the event will be at 11.00 am. 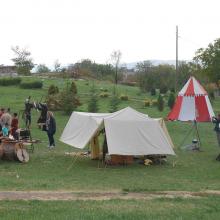