The Units of the Roman Army 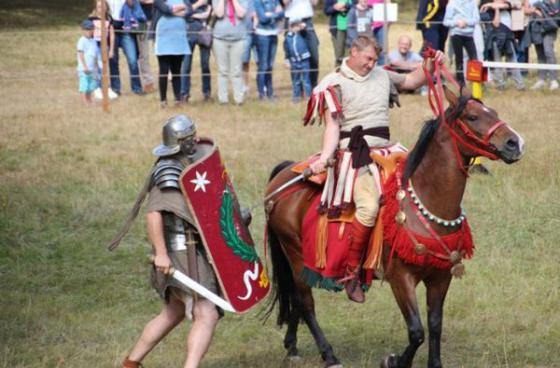 Auxiliaries were stationed in the border fortifications at the Limes, who were Roman professional soldiers, but who differed from other units in their tasks and equipment. For example, there were legionnaires in Mainz, artillery in Hofheim and cavalry in Echzell. Of course it is not possible to present the entire range of the Roman army in one event.
However, this theme day will feature a variety of different Roman military branches, from the infantry of the auxiliaries and legions, to the cavalry, to the archers and the gun crews. Explanations of the equipment of the soldiers in the camp are supplemented by practical demonstrations of the weapons and the way of fighting. Of course, there are also hands-on offers for the visitors.

To be Master in the Early Middle Ages
15 Mar
Germany