Though only  less more  than 50 years old, the Universitat Autónoma de Barcelona (UAB) has already consolidated itself amongst the 200 best universities in the world within the main university rankings and is located within the top 10 new universities with greatest international projection and prestige.

The departments at UAB dealing with archaeology are located within the Faculty of Philosophy and Letters in the area of Arts and Humanities. This was part of the initial nucleus of centres belonging to the Universitat Autònoma de Barcelona founded in 1968. The Department of Prehistory covers research on human origins in Africa to the Ethnoarchaeology of modern hunting-gatherer societies, as well as the development of agricultural societies and the origin of the states in prehistory. The Department is structured in different research groups and centres.

CEPAP also manages the UAB Archaeological Campus of La Noguera, a research, educational and touristic cluster in the Pyrenees which includes a visitor centre (Espai Origens), an experimental archaeological park open to schools and general public (Parc Arqueològic de Sant Llorenç de Montgai) and the Palaeolithic site of Roca dels Bous, which is open to public visits since 2010.

The experimental archaeological park is directly related to the research projects and archaeological fieldwork that are carried on by CEPAP in the Noguera region (prehistoric sites of La Roca dels Bous, Cova Gran, Abric Pizarro) and to the educational programme of the Noguera Field School (Camp d’Aprenentatge de la Noguera), that opened its doors in the 2006-07 academic year. It is an educational service of the Autonomous Regional Government of Catalonia's Department of Education.

UAB has also a group of internationally recognised professors from the field of archaeology some of whom also work with experimental archaeology like Dr. Antoni Palomo Pérez (curator of the Museu d'Arqueologia de Catalunya). His team analyses technical processes of recent prehistory through experience, especially related to the technology of wood, stone, malacalogy and bone. Further, they develop experiments of knapping and wood work.. 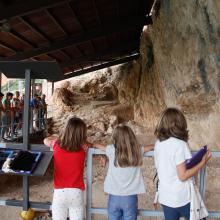 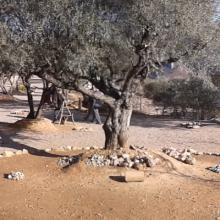 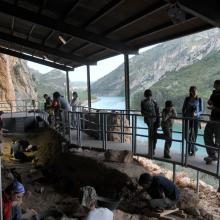 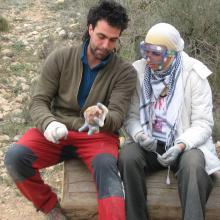 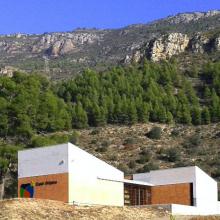 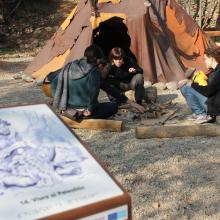 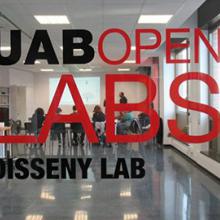 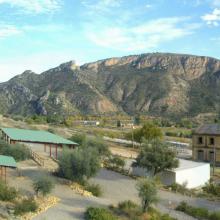 Paloma is Assistant Professor of Prehistory at the Universitat Autònoma de Barcelona since 1993 and researcher at the Centre for the Study of Archaeological and Prehistoric Heritage of the Universitat Autònoma de Barcelona (CEPAP-UAB). She has participated in and directed a number of research projects on the recent prehistory of the Mediterranean, from the Neolithic to the Iron Age. Currently her work focuses on public archaeology, archaeological outreach projects the development of feminist perspectives in archaeology.

Researcher of Centre d’Estudis del Patrimoni Arqueològic –Center for the Study of archaeological heritage (CEPARQ) from Universitat Autònoma de Barcelona (UAB). Part time assistant professor of the Faculty of Education from the University of Barcelona.
Archaeologist (BA in History and Archaeology in 2002) and PhD in Education (2007) with a thesis entitled “Anàlisi dels espais de presentació arqueològics de l'Edat dels Metalls - Analysis of the Bronze and Iron Age Archaeological Open air museums".
She has been managing during five years (2007-2012) heritage sites in the local coastal city of Calafell (Tarragona), specially the Archaeological Open Air Museum "Ciutadella Ibèrica", coordinator of the european project OpenArch, in the framework of 2007-2013 Culture Program. She has also been working coordinating the scientific committe of the International Educating Cities Congress celebrated in Barcelona in november 2014.
Clara has participated as a member of the coordinating team of the Innovarch project (Erasmus+ 2015-2017) about Public Archaeology in Higher Education. She teaches as assistant professor in the Faculty of Education of the University of Barcelona (UB) since the course 2012-2013 and in the MA about Heritage Management in the same university. Course 2020-2021 has started as a teacher in the MA Humanities and Digital Heritage in the UAB. At the same time she has been teaching, as invited professor, to the Universitat Rovira i Virgili de les Terres de l’Ebre (URV), Universitat de Lleida (UdL), both in Catalonia, and in University of Warsaw (Poland) and University of Zagreb (Croatia).
Has several papers about heritage, public archaeology and the social value of heritage, including gender perspective, where she focuses her research. She has also given several conferences on that topic.