In the 1st century AD, Cambodunum, situated at present day Kempten, was the administrative centre of the province Rhaetia before this changed to Augusta Vindelicum, present day Augsburg.

2,000 year old city history is visible in the Roman city Kempten, in traces and finds from 120 years of archaeology. You can experience the antique life in the settlement and temple area in the open air.

Follow the layout of the first capital of the Alpine Province Rhaetia between the walls of the Forum and the Basilica. Dive into the bath culture of the small thermal baths of the Governor’s Palace.

The Roman city Kempten – Cambodunum is recognized as the civil administrative centre and the Governor’s Seat of the Province Rhaetia in the first century AD, before the later provincial capital Augsburg – Augusta Vindelicum.

After archaeological excavation since 1885, from 1983 onward, areas of the antique settlement are not anymore covered but made publicly accessible as an archaeological park abbreviated to APC. Some of these buildings are reconstructed in situ. There are the forum, the basilica and the small baths (Thermae) which are explained by means of multimedia.

The Gallo Roman Temple area with 13 buildings is partly reconstructed. Tables and archaeological finds show the Roman life. The temple area also houses a small Taberna or restaurant and a shop. There are guided tours offered which can even be booked in the evenings. At special events, living history demonstrations are offered.

Scenes from the Roman city of Cambodunum
31 Jul 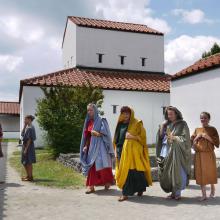 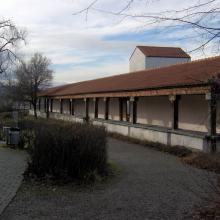 Martin Fink is a classical Archaeologist and works since 2013 as Stellvertretender Amtsleiter at the Kulturamt der Stadt Kempten.