Avaldsnes is called the Norway’s oldest royal seat because King Harald Fairhair made this place his royal residence after he had unified Norway ca. 870 AD. Avaldsnes continued to be a royal residence for almost 500 years.

Ever since the Bronze Age, Avaldsnes was a centre of power for chieftains and kings that controlled the shipping traffic that was forced to sail through the narrow strait Karmsund along Nordvegen (North Way), the shipping route that gave Norway its name.

In 2007, we established the Avaldsnes Royal Manor Project, led by the University of Oslo. The project investigates the story of the royal seat Avaldsnes and the rise of the Norwegian kingdom from approx. 200 to 1400 AD. The first publication from the project was launched in January 2018 and has the title: «Avaldsnes – A Sea-Kings’ Manor in First-Millennium Western Scandinavia».

There are four main attractions at Avaldsnes: The reconstructed Viking Farm, Nordvegen History Centre, the Middle Age church and the ruins of a fortified royal manor. There are also cultural paths through the historic landscape.

The Viking Farm was built as an experimental archaeological research programme to gain new knowledge about old building techniques. It is located on a small, wood-covered island a stone’s throw away from the Nordvegen History Centre. It depicts how ordinary Viking farmers lived 1000 years ago. At the farm you can see a longhouse, six smaller buildings and a boat house for a Viking warship.

The Viking farm is open to tourists during the summer and in the wintertime, it is open in the evenings and weekends for guided tours and special events. In the daytime, the Viking farm serves as a historical school camp for children.

Every year in June there is a Viking festival at the Viking Farm.

In Nordvegen History Centre you will hear about princes and kings that ruled over the shipping lane Nordvegen from Avaldsnes. Some of these rulers we know from the Sagas of the Norwegian Kings, heroic legends or skaldic poems, whereas others have become known to us through archaeological digs. Harald Fairhair is the most famous of these kings, and he will be your guide trough the exhibitions.

St Olav’s church was built by King Haakon Haakonson ca. 1250 AD as part of the royal manor complex. King Haakon consecrated the church to St Olav, and the church became an important church for pilgrims. Outside the church, you can see Virgin Mary’s sewing needle that leans towards the church wall. The legend claims that Doomsday will come when the top of this standing stone touches the church. 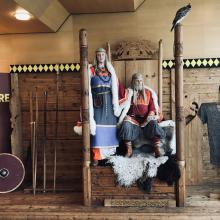 Harald Fairhair and Gyda in Nordvegen… 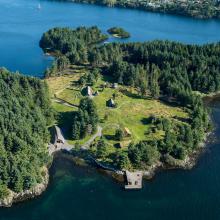 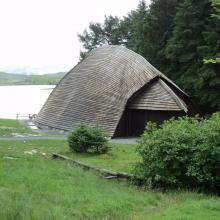 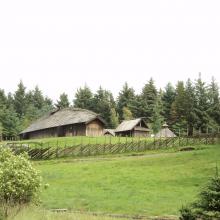 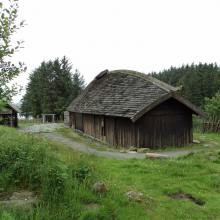 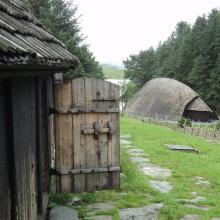 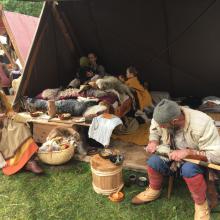 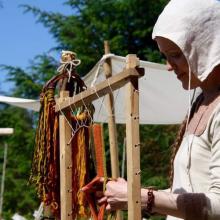 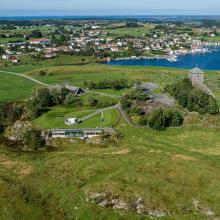 Excavations of a Royal Hall. Copyright… 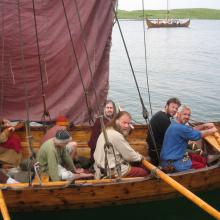 In the woods by the Viking Farm.… 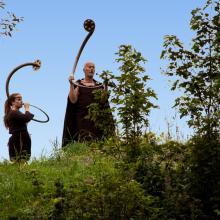 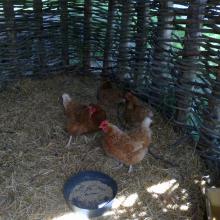 Feast for a Dragon ship. Copyright… 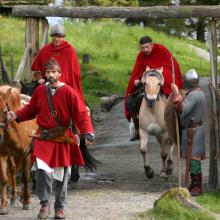 Men and horses at the Viking Farm.…

Marit Synnøve Vea has left her position as head of the Avaldsnes project. Until a new person is employed, contact: John Arve Hveding.