Just 25 kilometres south of Budapest in Hungary you will find near the E73 an archaeological reservation measuring 50 hectares, known by the name Százhalombatta which literally refers to the “hundred tumuli” which you will find here. The reservation and its archaeological park is situated near the Danube and is well reachable with public transport.

At least 80 Hallstatt tumuli are visible here, of which the 5 best preserved ones of Europe. Nearby, you will also find the remains of a Roman Castrum with vicus by the name of ‘Matrica’, a piece of the Limes and a Roman cemetery. The local historical and archaeological museum bears the name of the former Roman army camp.

The Archaeological Park has several reconstructed Bronze Age and Iron Age dwellings and an in situ reconstruction and presentation of the Iron Age tumulus nr. 115. The wooden chamber remained in good shape over the 2700 years – its conservation and reconstruction marked the start of the archaeological park. The museum is at short distance from Budapest and values its archaeological background very highly, being still active in excavation themselves every season. This guarantees a sound base for the education programmes.

The houses are presented like in an open-air museum; they are not furnished like if the original inhabitant ‘just left’ but the houses hold thematic presentations on for example textiles or metals, with here and there mannequin dolls as dressing. The staff members are recognisable by their modern clothes, there are sometimes people in ‘costume’ and living history actors. Every 3rd Sunday of the months between May and September the park is site of certain events; in April and October there are Opening and Closing Events. Besides that, the park is frequented by school group who use the different reconstructed buildings as class rooms.

Financially and organisationally the local municipality supported the creation of the park. The initiative was started from researcher’s and museum pedagogic point of view.
In the 1990s, there were frequent contacts with Butser Ancient Farm (UK), for example with long term experiments in monitoring prehistoric crop yields. Százhalombatta is also known for its experimental research into textiles and ceramics. Experimental areas, left 10 years ago, are now being excavated and documented, comparing the results back to archaeological sites. The experimental work brings many interdisciplinary contacts with scientists, but in the daily work of the park & museum, school children are important as well.

Plans are to expand the park beyond the present 6 hectares, with a visitor centre, class rooms and an exhibition. 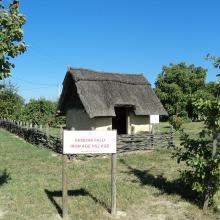 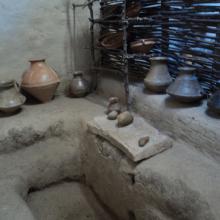 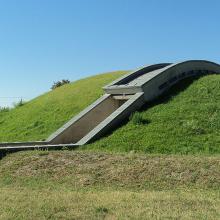 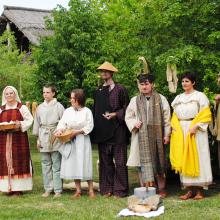 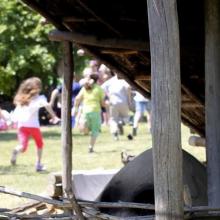 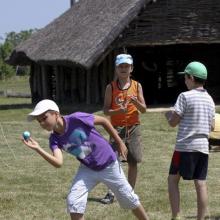 Since 1996 I am working in the “Matrica” Museum, Százhalombatta, from mid 1998 as the vice-director of the Museum. I am the director of the Matrica Museum and Archaeological Park in Százhalombatta since 2005. I am responsible for the professional work done within the Museum. This includes editing the museum’s publications; attending to the permanent exhibition; looking after the collections, storing space, restoration; coordinating and co-leading the works of our international project, the so-called SAX Project. Organising conferences, scientific workshops, both international and at local level.