Parco Archeologico didattico del Livelet is an open-air museum based on the western shore of Lago lake, in the municipality of Revine Lago, province of Treviso. The area is located in a glacial valley at the foothills of the Pre-Alps (225m a.s.l.), surrounded by a rich naturalistic environment, Site of Community Importance (S.I.C.) for Natura 2000 and included in the recent naturalistic park “Parco dei Laghi della Vallata”.

The structure has been opened on May 2007 by the Province of Treviso with the aim to enhance the nearby (1 km) prehistoric site of Colmaggiore di Tarzo. Since 2009 the structure is managed by UNPLI Treviso, together with the Municipality of Revine Lago and the Consortium Pro Loco Quartier del Piave.

The first notable discovery in the area of Colmaggiore dates back to 1923, while in 1989 the Archaeological Superintendence of Veneto Region promoted a first survey campaign, followed by two excavations in 1992 and 1997. The collected remains, belonging to different classes of materials, confirmed the presence of a village built on reclamation and on stilts, helped to establish the chronology of the site and to understand the daily life of the human groups that occupied the area in Prehistory. According to the pottery typology, settlement phases dated back to late Neolithic, Copper Age and beginning of Bronze Age (end of 4th, beginnings of 2nd millennium B.C.), even if some findings suggest a frequentation even after the village abandonment.

Livelet is composed by an open-air museum area, with three pile dwellings reconstructions, and other areas with facilities for didactic activities and for the visitors (classrooms and open areas for workshops, bookshop, playground, picnic areas, informative panels about the natural environment). The reconstructed village stands on the lake shore and it is surrounded by a natural environment similar to the one were the prehistoric pile-dwellings were built. The three pile-dwellings are respectively dedicated to Neolithic, Copper and early Bronze Age. Only few remains of huts were documented from the Colmaggiore di Tarzo site, therefore, the reconstructions are based on the study of settlement-type recognized in other coeval sites of Northern Italy, as well as on ethnographical comparisons. The reconstructions of furniture and tools were inspired by some Colmaggiore archaeological finds, but also by remains documented in other sites, considered representative for the documented periods.

Livelet was created to disseminate archaeological and naturalistic topics for public and school groups. The pile-dwelling tours and naturalistic hikes are always guided, and the workshops, always held by an educational operator. All activities are characterized by scientifically correct contents and spread with interaction and involvement, giving importance to mutual exchange between staff and public. During opening days, visitors can take part in guided tours of the pile-dwelling village and in planned workshops dedicated to Prehistory, archaeology or nature. Moreover, during the year Livelet organizes themed events, seminars, experimental archeology demonstrations, hosts operators from other museums and promotes guided excursions. Groups can request in-depth thematic tours, while the annual agenda also includes evening openings, conferences and workshops. During summer holidays kids can join a two or four-day camp, or participate in a two weeks’ summer camp.

Livelet is open for school groups by reservation from mid February to mid November, from Monday to Saturday, while opening time for public is from April to October on Sundays and holidays. During summer school closures, the structure accepts reservations by summer camps groups and organizes internal summer activities. 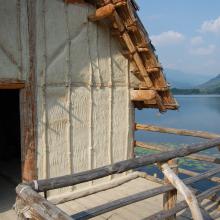 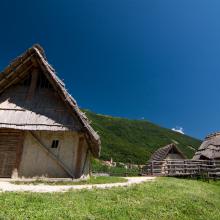 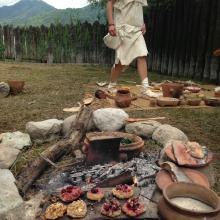 A moment of a Living History event 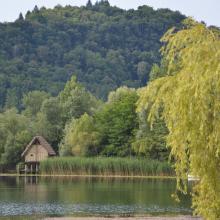 One of the pile dwellings in the lake… 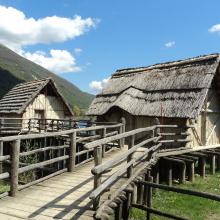 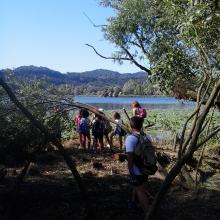 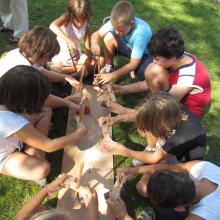 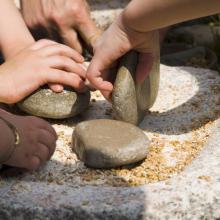 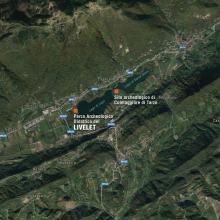 In 2007 I obtained a bachelor's degree in Conservation of Cultural Heritage, specializing in Prehistoric Archeology and in 2010 a master's degree in Conservation of Archaeological Heritage at the Ca 'Foscari University of Venice. On both occasions I have discussed theses dedicated to the analysis of faunal remains in prehistoric contexts. I took part in several university excavations (especially University of Ferrara) in Northern Italy and I was part of a professional firm involved in archaeological surveys and excavations.

Since 2009 I have been working in Parco Archeologico didattico del Livelet, an open-air museum in Italy. Initially involved in guided tours and workshops, since 2012 I have been in charge of coordinating the structure, working for UNPLI Treviso, the association that manage it. My skills concern the supervision of the maintenance, the design of educational activities, the creation of the annual calendar of events, the training of new staff members, some promotional and dissemination activities, the production of didactic material and the management of social networks and of the website, as well as continuing to conduct daily guided tours and workshops for the public.

Livelet has been a member of EXARC since 2009 and in 2011/2012 I represented it within the LLP Didarchtic project. In the period 2014-2017 I was a member of the EXARC Board and since 2019 I have the pleasure of being ambassador for the association. Working with UNPLI, a non profit association devoted to the enhancement of the territory, I have the opportunity to cooperate in the planning and creation of promotional actions, from guides to brochures, from fairs to the development of funded projects.