The preHistorisch Dorp in Eindhoven is the replica of a prehistoric village, complete with dwellings and demonstrations of skills used by historic people. The open-air museum recreates life from this and later eras, including Roman and early medieval. Find out how the Romans lived, meet militant Batavians, visit farmers from the Iron Age and go on a hunt in the prehistoric times.

In 1981, a group of teachers got the idea of reconstructing a farm where children would be taught in prehistoric themes: learning by doing. Ever since, the preHistorisch Dorp has developed into an archaeological open air museum of 2 hectares with about 20,000 schoolchildren and 50,000 tourists visiting annually.
At the preHistorisch Dorp, interpreters dressed in historical clothes bring the history of this province to life, going about everyday tasks and interacting with visitors in programs and workshops. These might include learning to make a fire as prehistoric people did, baking bread on a stick, or learning how to make a Roman fibula (garment pin). Prehistoric farming methods, hand weaving and spinning, metalwork, and other skills are demonstrated and discussed here.
The museum is open for tourists between April and October from Tuesday to Friday. During the week, the focus is on education groups, whereas weekend and holidays are targeted at tourists. Although very engaging for children, this is an experience for all ages. Signs are in English as well as Dutch. There is a free audio tour available at the reception. 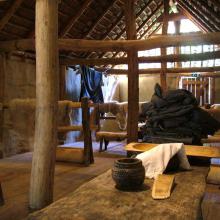 Interior view of the "Slifferthuis… 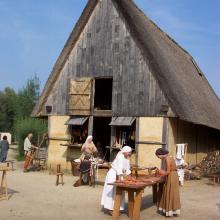 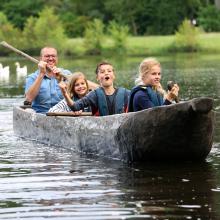 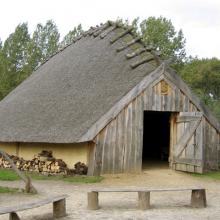 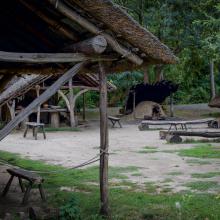 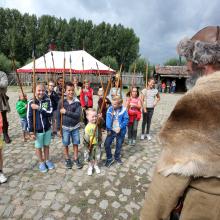 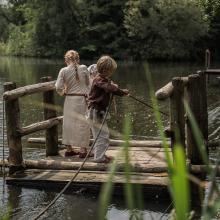