The society "Latvijas Arheoklubs" unites 20 members with a practical interest in the prehistory of the Baltic region. The group started in 2009 and in 2015 the society (NGO) was officially registered.

The society organizes and its members often are involved in different educational activities (like demonstrations of prehistoric and traditional skills and crafts, lectures about archaeology and experimental archaeology) in collaboration with different museums and municipalities, like Daugava Museum at Dole Island and Āraiši Archaeological Park.

The main annual activity of the society is organizing the Baltic Experimental Archaeology and Ancient Technology Summer School. It started as an "prehistoric skills rebirth" project in 2013, where archaeology and anthropology students from the faculties of history and humanitarian sciences of the University of Latvia were involved. Since 2016 it became the main activity of the society "Latvijas Arheoklubs". Since then more than 120 participants from different countries have participated (Germany, Hungary, The Netherlands, Japan, Lithuania). Also more than 20 lecturers representing various backgrounds (flint and leather working, bronze and iron working, geology, biology, outdoors living and bushcraft, prehistoric food making, primitive weapons etc.) have participated in the Summer School events since then.

Since 2015 the main center of the activities done by the society is an old gardening territory in Lucavsala island in Riga, where a miniature "demo version" of a functioning archaeological park is being developed.

In the beginning of 2021 the public benefit status was granted to the society by the state. 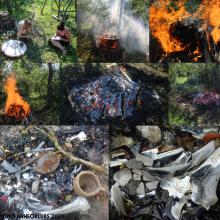 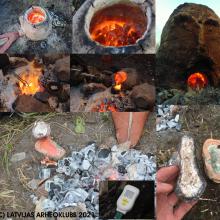 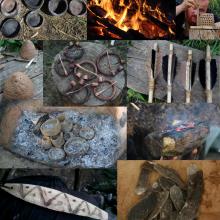 A freelance archaeologist, with museums background since 2003, lecturer of archaeology at the University of Latvia and the Latvian Academy of Arts. Scientific interests include ancient technologies (flint and bronze working) and ancient warfare. Individual member of EXARC and the Society of Archaeologists of Latvia.

Atis Artmanis, MA
Function:
Member of the board
E-mail:
ventavietis [at] gmail.com

Aivars Silins, BA
Function:
Member of the board
E-mail:
Aivars_silins [at] inbox.lv

I am a historian and working in a Daugava museum on Dole Island. Interested mostly in archaeology and heritage protection. In the field of experimental archaeology I am focusing on understanding the blacksmith's craft during 4th-13th centuries