My name is Vladimir Popov, founder of the Association for Antique Reconstructions "Mos Maiorum Ulpiae Serdicae". I am the one of pioneers of Roman re-enactment in Bulgaria - in 2007 I was the first, who had started reconstruction of Roman legionary from period of Trajan's Dacian Wars. My interests are also Late Roman military equipment, and Roman medicine. I am the first re-enactor in my country, who explore, recreate and study medicinal herbs and ways of treatment, described in the Ancient sources.

I have extensive experience of participation with similar organizations in my country and abroad /in Italy, Romania, Hungary, Austria and Russia/. Also I have frequently organized and supported the re-enactment and Living History festivals in Sofia, Plovdiv, Kyustendil, Kabyle, Stara Zagora, Razgrad, Garmen and Nikyup. I have a very big experience in preparation and realization of various Antiquity events, which demonstrates the different elements of life - crafts, cuisine, medicine, entertainment and games, rituals, everyday items and more.

On 08.06.2016 Me and my friends founded the Association for ancient reenactment "Mos Maiorum Ulpiae Serdicae" in Sofia. This is the first Late Antiquity reenactment group in Bulgaria, dedicated to representation and promotion of the Roman and Goth legacy.

The group combines historical interests of our members and implementation of accurate reconstructions of Roman and Goth rituals, clothing, and weaponry. We are making our research, including exploration, study and analysis of Late Antiquity sources and gathering the information about life in the 4 and 6th centuries.

We are participating in meetings, forums, festivals, various museum events and celebrations, and more. The aim is to attract public attention to our hobby, to make the Ancient history more popular and to cultivate interest among the younger generation.

Our sustainable success till now is the organization and management of the most historically accurate Ancient Roman Festival in Bulgaria: ”Nike - The Game and the Victory:
https://exarc.net/events/summer-antique-festival
On September 21-22nd the Association for ancient reenactment "Mos Maiorum Ulpiae Serdicae" organized the first Sofia festival of Antiquity "Serdica is My Rome". Reenactors from Bulgaria, Austria, Romania, Hungary and Estonia were involved in the event. Historical characters and events of the 4th c. AD were represented, including a partial reenactment of the ecclesiastical Council of Serdica held in 341. The public was introduced in Roman and Gothic customs, war and politics of a period when classical Pagan culture was changed by a Christianity. This event had been visited by over than 3000 citizens and guests of our capital and had a very positive feedback by the authorities, museum workers and common people.
https://www.serdicaismyrome-bg.com/античен-фестивал/ 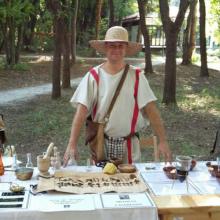 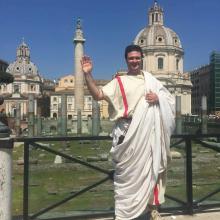 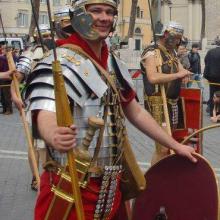 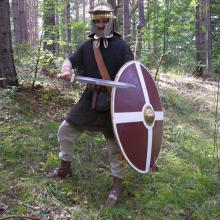 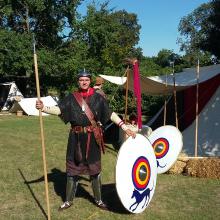