My PhD in Archaeology, at Edinburgh University, examined the objects interpreted as clay drums, from the Trichterbecher culture (TRB - 3300-2700 BC). During this time, I constructed models of the different drum styles in order to investigate the techniques of attaching a drum-skin.

I construct working models of wind instruments, and percussive objects from the Palaeolithic to the Iron Age and I am particularly interested in the experiential side of playing the instruments. As part of an MA in Museum Studies I explored the sensory role of music in the presentation museum objects and I have a keen interest in the cognitive role of music in ritual and the construction of identity.

The sound-making-devices of hunter-gatherers are largely made from perishable materials and part of my interest involves examining the different available organic resources, which may have been used for instrument construction.  I am a proficient basket maker, having taught willow basket weaving to children and adults, and have produced fibre and cordage from different materials.  I am also a keen potter, and have put my hand to silversmithing.

Between 2008-2012, I was an Honorary Research Fellow at Bristol University, where I taught a series of Lifelong Learning Lectures. From 2013 to 2014, I was a Postdoctoral researcher at Durham University for the Songs of the Caves Project. I am affiliated with The Acoustic and Music in British Prehistory Network and I co-organised the Music sessions at the TAG (Theoretical Archaeology Group) conferences in 2010 and 2013.

I have spoken at the International Study Group of Music Archaeology and had papers at the ICTM (International Council for Traditional Music - Archaeology).  I have also demonstrated model instruments at the EXARC conference (2013), St Fagans (2015), and at the Ashmolean and British Museums.  My recordings have been used for EXARC podcasts, such as the recent episode of The EXARC Show, Seeking Sustainability in South-Africa.

With an interest in sensory archaeology comes an awareness of embodied and enactive approaches to interpretation.  Sensory studies link directly to cross-modal abstraction and synaesthetic experience, and the power of metaphor in human thought.  With this in mind, I am intrigued by the possible role of poetry as an experimental medium for exploring archeological interpretation.  Here is an example which considers John Blacking's thoughts about the relationship of flint knapping and the development of conceptual thought, but also that flint is a fossil which was once living. 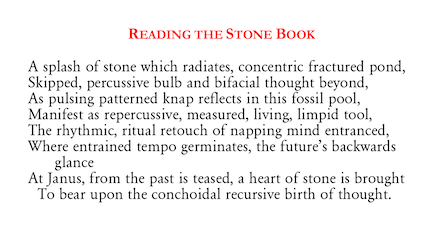 My research publications can be found at https://independent.academia.edu/WyattSimon, and some recordings may be heard at https://soundcloud.com/user-35127766.

Thinking “is always to some extent experimental in its method. It starts from practice and returns to practice”.

Please listen to the podcast with Simon Wyatt and Lara Comis: 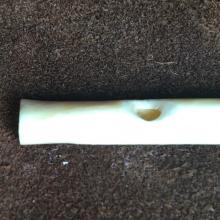 Fingerhole on model of the… 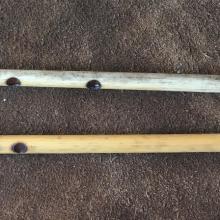 Reed models of the silver pipes from Ur… 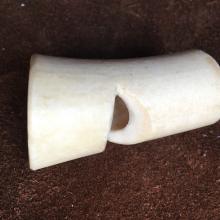 Lamb whistle loosely based on the find… 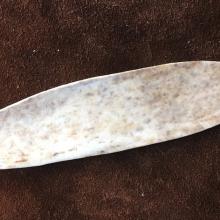 Generic bullroarer made from Fallow… 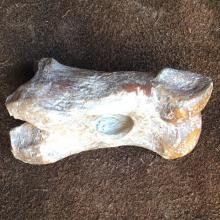 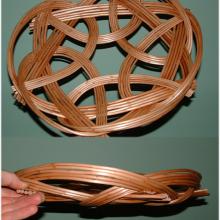 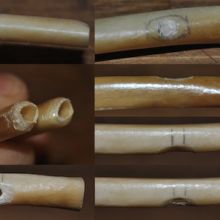 Cutting and boring through a swan bone…