In today's Bulgaria there are over 40 000 cultural and historical monuments, amongst which are significant prehistoric findings, Thracian tombs, objects from the Ancient Greek Age, Roman fortresses, monuments from the First and the Second Bulgarian Kingdom as well as other architectural landmarks from the period of the Renaissance.

Historical park is a project that aims to reconstruct important highlights from this culture-historical heritage. More than 8000 years of history reconstructed on 13 hectares. A combination of knowledge and culture, education and fun.

In Historical Park pivotal moments will be recreated from several eras. Starting with the earliest forms of organised life, the evolution of mankind during the Neolithic period (8000-5000 BC) and the Chalcolithic period (5000-3000 BC) will be presented. The essence of culture is presented by several typical houses and other constructions with all of the distinctive marks for the age, including a recreation of the oldest processed gold in the world and the first found sceptre - a symbol of the Tsar’s (King’s) power and authority.

Next is the Thracian period, which includes the Bronze and the Iron Age. In this zone our guests can visit a thorough recovery of a Thracian temple of the Mother Goddess , a separate Thracian palace, chambers with war equipment and three Thracian tombs from different periods.

Afterwards, the path takes you to Roman times on the Balkans (It is yet to be built), presented by an antique theatre, a small square and a Roman villa.

From there, you go to the fortified Early Medieval settlement with two areas, which present the sedentary and the nomad way of living with numerous distinctive attributes.

The travel in time continues with the First Bulgarian Kingdom (7th-11th century) in which it is being constructed an opulent reconstruction of the first capital city Pliska with a fortress wall, a scriptorium, barracks, a market, the gazebo of the Tsar, an early Orthodox church and a royal complex.

The historical part of the Park will end with the reconstruction of a royal complex from the period of the Second Bulgarian Kingdom (12th-14th century), presented by a fortress wall with three types of fight towers behind which are positioned the royal complex, an Patriarchal Orthodox Church and administrative building.

Each reconstruction of the way of living from the mentioned eras above is coming to live with demonstrations and performances by reconstructors.
Additional activities like archery, ritual wine drinking in accordance with the Thracian mythology, dressing and photos with traditional clothes from the era and horse riding along with variety of delicious food, prepared by authentic recipes provide a fabulous experience.

Come to Historical park to relive the past and to understand the present! 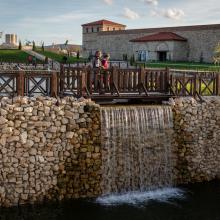 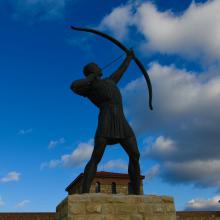 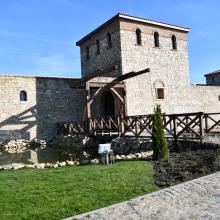 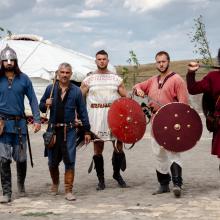 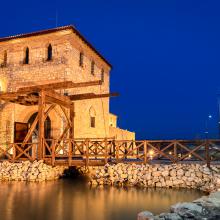 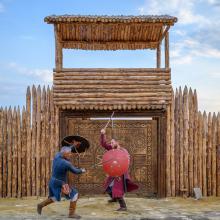 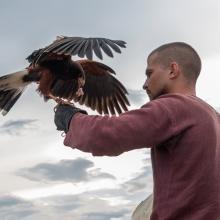