Lower Austria (Niederösterreich) is located in the northeast of the country, bordering both the Czech Republic and Slovakia. It has over 1.5 million inhabitants. Vienna, the capital of Austria, is a separate state and located in the middle of Lower Austria. The state is very rich in archaeological finds, both of local and foreign production.

MAMUZ combines the Lower Austrian museum of prehistory, ancient history and medieval archaeology in Schloss Asparn/Zaya and the museum centre MZM Museumszentrum in Mistelbach. Until 2014, the museum was known by the name 'Museum für Urgeschichte, Asparn/Zaya'. 1970, the Lower Austrian government decided to open an archaeological museum in the monumental castle of Asparn an der Zaya, 60 kilometres north of Vienna. In the castle garden several prehistoric reconstructions have been built. This was the very first combination of an indoor and outdoor archaeological museum in Austria. The museum is reasonably well located for day trips from Vienna for school groups (over 50% of all visitors) and archaeology students, but also for tourists. The location of the museum outside a big city offers many opportunities for all kinds of activities.

The museum attaches great importance to authenticity and science. This does not prevent the museum from organising Celtic Festivals, which sometimes include modern expressions of (for example) Irish Celtic culture. These events are one of the few occasions for living history in the museum. The educational programs are very popular. Also, there are regular workshops in (prehistoric) crafts, both for children and adults.

The permanent exhibition, called “40,000 years of humankind”, covers three floors of the Renaissance castle. It offers a lot of information and shows original archaeological finds from Lower Austria. This year’s special exhibition is dedicated to the core area of work at MAMUZ Schloss Asparn/Zaya: Experimental archaeology. The exhibition presents exciting and unusual experiments conducted by respected archaeologists from across the globe that have provided revealing insights into the living environments of the ancient world. The exhibition was organised in cooperation with EXARC, a global network of archaeological open-air museums and experimental archaeologists.

The (about 16) reconstructed houses at the archaeological open-air site are presented as in an open-air museum. Like “models” each of them depicts a style or a period in Austrian prehistory. For example, a Neolithic longhouse, a residential building from the Bronze Age or a Celtic Temple can be seen. In addition, there are reconstructed workplaces in the park that serve as open-air laboratories, such as pottery kilns or smelting furnaces. The architectural reconstructions have been built since the 1970s and extended again and again – depending on the state of research.

The museum is an experience museum with many active stations in the exhibition and at the archaeological open-air site. The reconstructed buildings give a view of past living environments which are hard to imagine today.

The scientific department of the museum has attracted many archaeologists and students over the decades. Asparn is probably one of the reasons why Austria has such an active group of archaeologists who reconstruct houses and conduct serious archaeological experiments. 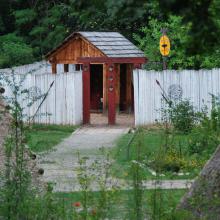 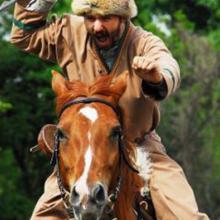 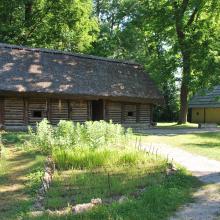 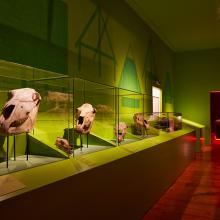 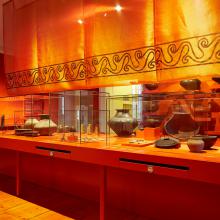 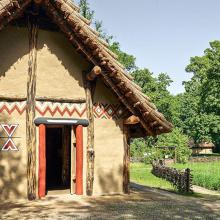