My work has always been about love for nature and the outdoors. I grew up on one of the oldest organic-dynamic horticulture companies in the Netherlands, Sloterland, and received love for nature from early start. I wanted to be outside early and climbing in trees, building cabins was my greatest pleasure.

I was fortunate that my parents sent me to the Steiner school. For me, school was a 'test' because I much preferred to be outside, but the way of teaching did a lot of good. After my graduation, I was not sure what kind of continuing education I wanted to do and I decided on a year of orientation. My father was working at the Floriade at that time (1982) and I met Hans Horreus de Haas who had built a reconstruction of a Bronze Age farm with a number of people. Through him I came to work there as a volunteer and I got to know prehistoric times. Soon I decided that the Forestry School in Velp should have been the most suitable training for me. I deliberately chose the secondary option, in order to have the best chance of getting outside of work instead of behind the desk.

In the years that followed, I regularly assisted in prehistoric work in museums and helped Anneke Boonstra at the start of 'de Plak', which is now the Eindhoven Museum. After completion of the Forestry School Larenstein in 1987, I started with my firm Woud en Beek.

In addition to the tree care in private gardens and on different estates and the work at Archeon, there was also demand for the construction of prehistoric and (early) medieval in other locations. Together with Arjen de Haas, who now founded the "Het Gebint", I built the houses of the "Swifterkamp" in Natuurpark Lelystad, worked on the second early medieval house on the Schothorst in Amersfoort, built the Merovingian yard "De Kaardebol" in Zutphen, the "Vuurhuis" at the outdoor center of The Hague in Wilhelminaoord, a "stone-time public memory" in Delft, an early medieval farm in Bruges (BE) and numerous smaller objects in museums.

Most of the buildings were made under time and money pressure, with modern tools, while we always kept in mind that the constructions used were also possible with authentic tools. Obviously, this resulted in interesting challenges.

To gain more experience with Stone Age tools, I decided to join an experimental life project with a number of friends. The Middle Stone Age, as a hunter-gatherer, attracted us the most. After a year and a half of preparation and construction of a camp with several huts, built with Mesolithic tools, we lived a few weeks of what we harvested from the forest and field. My wife and two (still young) children also participated. It was a good experience and I was pleasantly surprised at how efficiently the homemade and simple stone tools functioned.

More recently I have been involved in a project of the University of Leiden, led by professor Annelou van Gijn, in collaboration with Diederik Pomstra of "Het-Stenen-Tijdperk". It is about the reconstruction of a Vlaardingentype Stone Age house in the Horsterwold. In this building, all construction work is done entirely with authentic tools and everything is fully documented. This gives much more insight and experience with working with stone tools and supports the idea that there is a lot possible with this.

Thanks to the inspiring colleagues I mentioned above but also many others “Woud & Beek” has flourished. Every day, I experience the pleasure and privilege of doing this fine and fascinating work.

If you want more information about Woud & Beek and my activities please feel free to contact me! 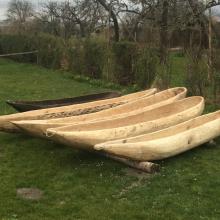 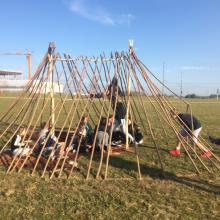 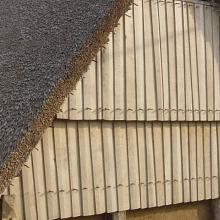 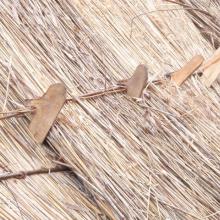 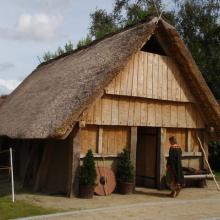 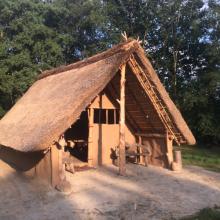 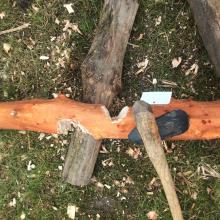 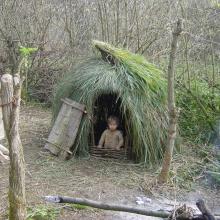 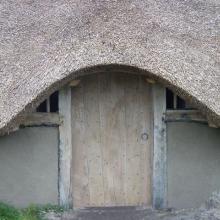 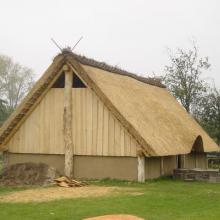 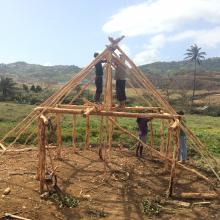 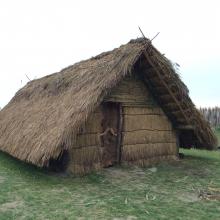 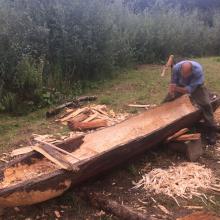 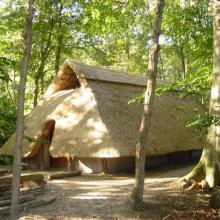 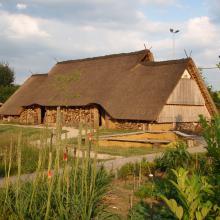 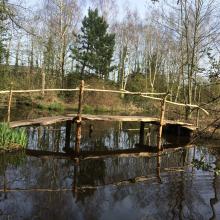