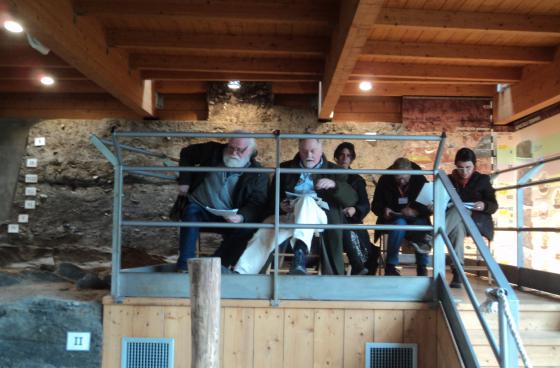 On April 14, the EXARC AGM took place at Parco Montale in Italy. This AGM took place in the shoulder of a large bronze casting workshop with participants from over 8 countries. 2011 was the first time EXARC's finances were handled by a registered accountant - needed because of the increasing responsibilities in EXARC. 2011 saw a successful relaunch of EXARCs Journal and also the websites have been developed nicely. This led to an increase in membership. In Montale, the AGM decided to raise the contribution fees for 2012. Also the Board was expanded from 6 to 9 people, reflecting the increase in work needing to be done, especially in defining procedures and fine tuning EXARCs work. Thanks to the members for their active input in the AGM!

For more information about the (current) Board, check here.