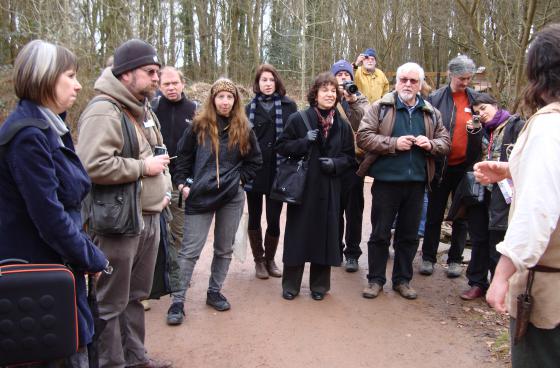 March 1st - 3rd, 2010
A group of about 30 participants met for the 2010 EXARC Annual General Meeting which was held in Cardiff, Wales. At the National Museum of Wales, St Fagans, the idea is to do more with experimental archaeology and archaeological (re)construction. The programme was divided in three: staff informed the participants about the plans and we saw St Fagans itself, this was followed by discussions with the participants, both from the continent and the UK. Finally, some other examples of (re)construction and experiment in archaeology in the UK were presented by among others the Universities of Reading and Exeter, Cosmeston Medieval Village, Castell Henllys Iron Age Fort & Wychurst.