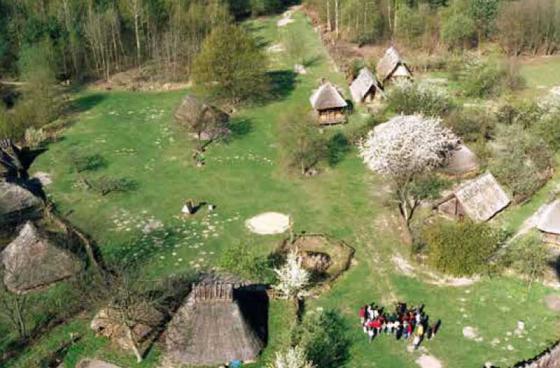 The Open Air Museum Düppel was founded in 1975, after excavations had uncovered the remains of a medieval settlement. The medieval house constructions were built directly on the archaeological features after they had been excavated and recorded. It took many years and a lot of effort until the beautiful village square of Düppel was surrounded by thatched dwellings. At the same time as building the houses, the entire spectrum of medieval daily life was explored through experiments, including weaving techniques, pottery making, back breeding of pigs and forest management.

To celebrate the last 40 years of museum work, we would like to invite you to our one-day symposium at the Ethnological Museum in Berlin-Dahlem on the 18th of May 2015. The Symposium will start at 9:00am. The papers will be given in German, and range from local landscape history to experimental archaeology.