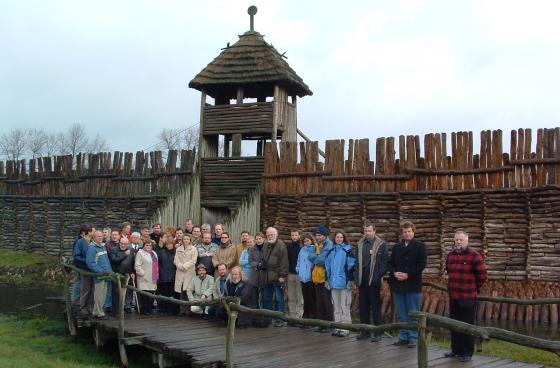 November 12th - 14th, 2004
EXARC joined for its 8th meeting with over 40 participants from 10 countries in November 2004 at the Archaeological Museum Biskupin in Poland.
This meeting was meant as a work session on the INTERREG propositions of which more information under "EU projects - liveARCH". Besides that, different new members from Lithuania presented their organisations.
Plans for what was called liveARCH were presented in Autumn 2004 at the 8th EXARC Meeting, in Biskupin, Poland and accepted with applause. The plan eventually led to an application with 8 members of EXARC participating.