Addition to Twinning Team at the Lorsch Abbey (DE) 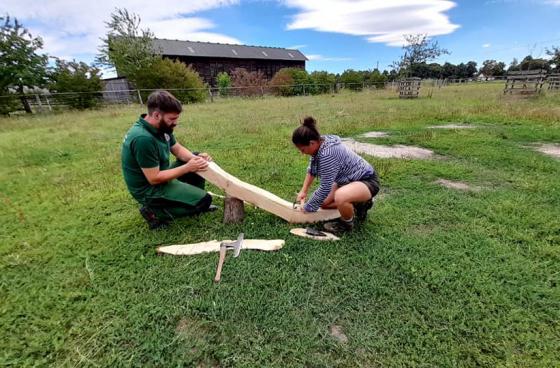 Claus Kropp, manager of the Lauresham Open-Air Laboratory for Experimental Archaeology at the UNESCO World Heritage Site Lorsch Abbey (DE), is happy to announce, that with Vanessa Töngi, an undergraduate student at the University of Witzenhausen, the ongoing EXARC Twinning Project dedicated to "Early Medieval Ploughing Implements" is able to enter yet another stage of the project.

As part of her Bachelor-Thesis, Vanessa Töngi has dedicated her research on designing another possible version of the ard. In this case a modified oak design is to be constructed and planned to be directly attachable to a yoked team of cattle. Also, the plough angle of the new version is supposed to be more flat as the other versions produced problems during draft in that respect.

Today, June 27th, a team of the Open-Air Lab together with Vanessa Töngi started working on the main beam and discussing questions concerning angle, yoke-type and other constructive details of the ard. The progress fits well in the overall project, as UCD Dublin is currently also running another more detailed analysis of the smelts of the bog ore used for the plough share.

Link(s)
The latest ard model of the EXARC Twinning Project 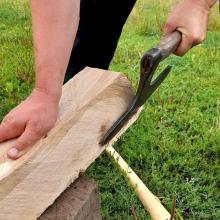 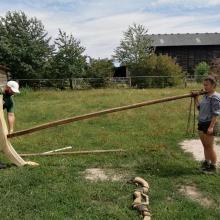 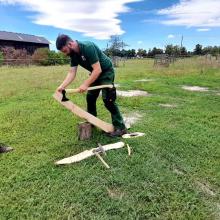 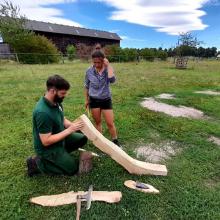 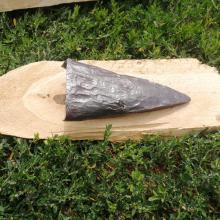 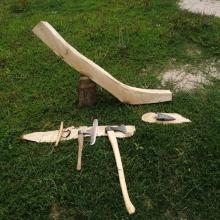