Burning down the House 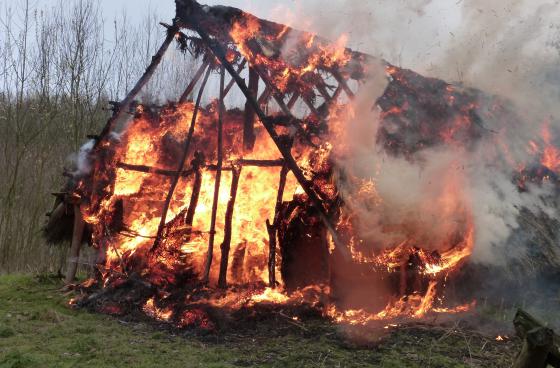 On March 8, a Stone Age like house (re)construction was burned to the ground as part of a scientific project by the University of Leiden (NL), member of EXARC. EXARC witnessed the process. Seven years before, this house was based on the excavation of a Neolithic house at Haamstede Brabers (NL). The house project at Horsterwold, led by prof. van Gijn was aimed to learn more about the biography of Neolithic houses: obtaining the materials, the tools used, the quantity of work, repairs and the decay. Burning down the house and recording the remains are the last stage in the process. Many students of Leiden University were involved in the Horsterwold project over the years. Never before, the life of such a (re)constructed house was documented in this much detail.

The fire was prepared and documented by prof. van Gijn and her staff, which included Diederik Pomstra and EXARC member Leo Wolterbeek. Together, these two have a vast knowledge of construction of wooden buildings, prehistoric replicas of tools and how to use these in a context of archaeological experiment and reconstruction.

The fire was witnessed by colleagues from the Forestry Commission (Horsterwold is their area) and the fire department, as well as several journalists. The fire in the fireplace inside the house was raked up that high, that the flames reached the roof. Once that caught fire, things went very fast. A rollover or flameover took place, that is the stage when fire gases ignite into a small whirlwind, rushing through the house. The fire blaze took maybe less than eight minutes and seemingly, things calmed down. When it looked like only the roof was gone and even the benches and all seemed to be untouched in the house interior, another stage in the fire started: the slow burning through of almost all structural components. One by one, the roof spurs lost their connection and fell into the house, and after an hour or four, nothing of the roof remained and even one of the two walls (without any structural integrity) fell down. The fire site remained active until probably the next day.

Although a difficult decision for Leiden University, EXARC congratulates prof. van Gijn and her team for doing this experiment so well and having so many data collected. The Horsterwold project will probably be published in articles in the years to come. 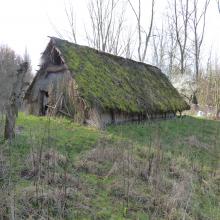 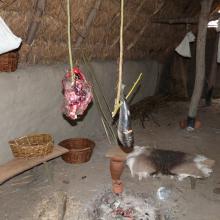 The indoor area around the fireplace.… 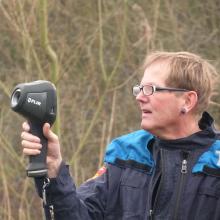 Measurements taken by the fire… 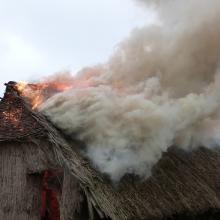 Seconds after the roof caught fire.… 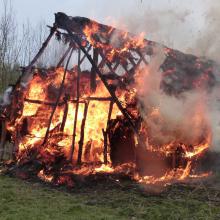 A few minutes after the fire started.… 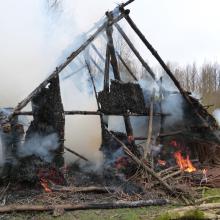 One of the sides of the house. Photo:… 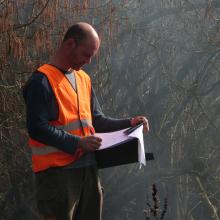 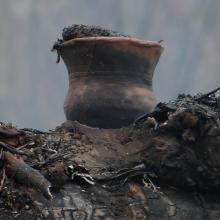 One of the pots filled with material… 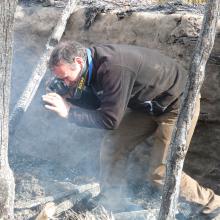 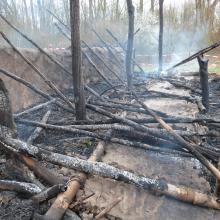