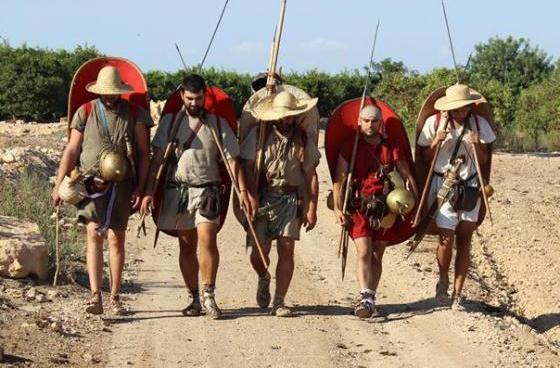 Paper proposals should be send to hca-trac2018@ed.ac.uk by Friday 6th of October. Submissions should be sent directly by email to TRAC Organizing committee. The contributors are asked to fill in the Call for Papers form that is available on the TRAC 2018 website.

When Dana Millson was organising a session on experimental archaeology at TAG held in Southampton in 2008, she was faced with the problem of whether there is a place for the experimental archaeology in a theoretical conference (Millson 2010, 1). The answer was yes, as experimental archaeology is very much stuck in-between theory and practice, using scientific applications to understand how things were produced and used in the past but at the same time drawing its inspiration from various theories and hypotheses, and individual subjective knowledge based on the careful observations of objects and practices. Yet, the experimental archaeology has somehow been of secondary importance in Roman studies and does not feature prominently in Roman archaeology. While few institutions in UK or on the Continent teach experimental archaeology module in their archaeology degree, many Roman archaeologists are cut off from any experimental aspects, which became the sphere of knowledge of an experienced artisans or reenactors with interest in the Roman past. For instance, when Roman Military Equipment Conference held in St. Andrews in 2016 had re-enactors displays on horseback riding skills and cavalry warfare, majority of the delegates were not versed in wearing a Roman helmet or riding a horse or throw a javelin, albeit having a deep knowledge about the types of pilum and styles of horse decoration.

The participants will reflect and comment for around 15 minutes on the issues raised above. The immediately following discussion will be in the round-table format, allowing the members of the audience to contribute their knowledge and experience as well.
The workshop is supported by EXARC, the ICOM affiliated organisation representing archaeological open-air museums, experimental archaeology, ancient technology and interpretation.