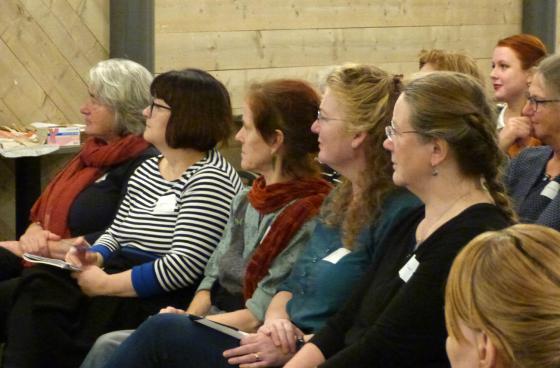 In Early Autumn, one hundred textile enthusiasts from all walks of life convened in Leiden (NL) to talk about stockings at the Knitting History Symposium. The start of this all was the excavation of a pair of 17th century stockings from a shipwreck near the Dutch island Texel. Under the coordination of Chrystel Brandenburgh, municipal archaeologist of Leiden, a citizen science project revolving around the reconstruction of such stockings took place over the past two years. The symposium EXARC attended was the culmination of that.

The programme included presentations from all over Europe about stockings and knitting from the 17th century, also using information from the 18th and 19th century where possible and available. One author wondered if you could use a 19th century knitting machine to produce something like a 17th century stocking for a 21st century audience – and even if we could, does that mean we should? Another author reported about actually wearing reconstructions of the Texel stockings and what you can learn from that. Documenting knitting experiments was an import issue too, which led to discussions about citizen science projects in textile archaeology and living history.

EXARC took part in the panel discussion where we emphasised the added value to society of such projects: it is not only about engagement and impact, but about collaboration and true partnership. An unanswered question however, was about authorship and ownership of such projects.

Citizen Science projects definitely have the future, and with EXARCs hands-on themes, we should embrace these projects more. 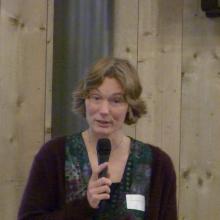 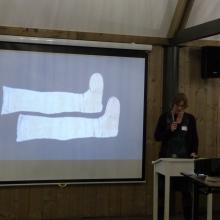 Reconstructions of the Texel Stockings… 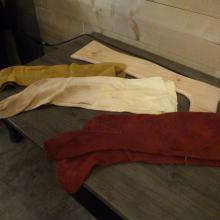 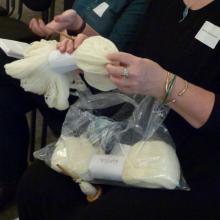