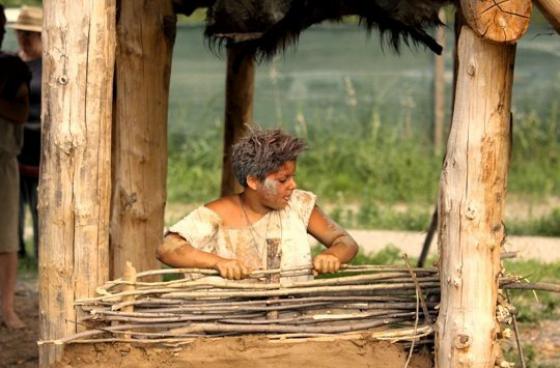 The event is made possible thanks to the synergy of archaeologists and the creativity of professional re-enactors who would like to do Living History. Archeotravo and its actors will offer the public the chance to walk through small scenes of life and to come closer to the Neolithic while playing with stone tools, making fire, learning to know the secrets of using ochre and body paint, try archery and discover how well fish cooked in clay tastes, to understand how they built a wall of clay and straw and assist in making textiles.

Even the little ones will have the opportunity to actively participate in games and thematic workshops dedicated to them. At the conclusion of the event we expect a show which will stage the death of the village chief followed by a series of tests for his contenders...

Archeotravo will use the money raised to pay for the costs of realization of the event, to buy the necessary materials, tarvel costs of the re-enactors, experimental archaeologists and experts. They would like to make a proper advertising campaign that can attract interested people and create t-shirts and gadgets specially for this event.

More details at the link below.