With the support of the John Kiernan and the EXARC Experimental Archaeology Award, our team is currently engaged in a study to compare the physical characteristics of tattoos created using different pre-modern tools and methods. Immediately after receiving the grant, we finalized manufacture and selection of the tools and tattooing techniques that we would use for our study. All tools were created from ethically and sustainably-sourced materials including obsidian from Waihi, New Zealand, bone from gannet and white tailed deer, and boar tusk. Ultimately we settled on eight tests: Hand tap tattooing with both a single bone point and with a boar tusk comb; cut-and-rub tattooing with obsidian flakes; hand poking using deer bone, a copper point, obsidian flakes, and a modern 7RL tattoo needle; and subdermal (“stitched”) tattooing with a bone needle.

In Late July we launched the second stage of the experiment when team member and Hamilton, New Zealand tattooist Danny Riday tattooed his leg with a series of eight identical patterns. Each pattern was executed with a single tool type, and included both solid lines and shaded areas. Discrete portions of each pattern were tattooed with either modern black tattoo ink or a soot-based ink created from Kauri resin. Danny was assisted in the nearly 12-hour effort by Candice Nel, who documented the process, and tattooist Mokonuiarangi Smith, who did the hand tapping.

In the six months following, we have used a combination of digital camera equipment and a USB microscope to document the tattoos as they healed. This began with five days of daily documentation, followed by an interval of two weeks, and then monthly. We knew ahead of the experiment that these tools and techniques would create successful tattoos, as each one has been used by historical practitioners and modern professionals. Our specific interest lies in examining the physical structure of the different tattoos, and documenting discernable differences. As we complete the documentation phase, we will transition to examining and comparing the collected images. Ultimately we hope the data we gather during this process will be of comparative value for archeologists studying preserved tattoos on mummified remains, in attempting to determine how those tattoos were created. We also hope to raise awareness as to the variety of pre-electric tattooing tools and techniques, which are often overlooked in both popular and academic discussions. 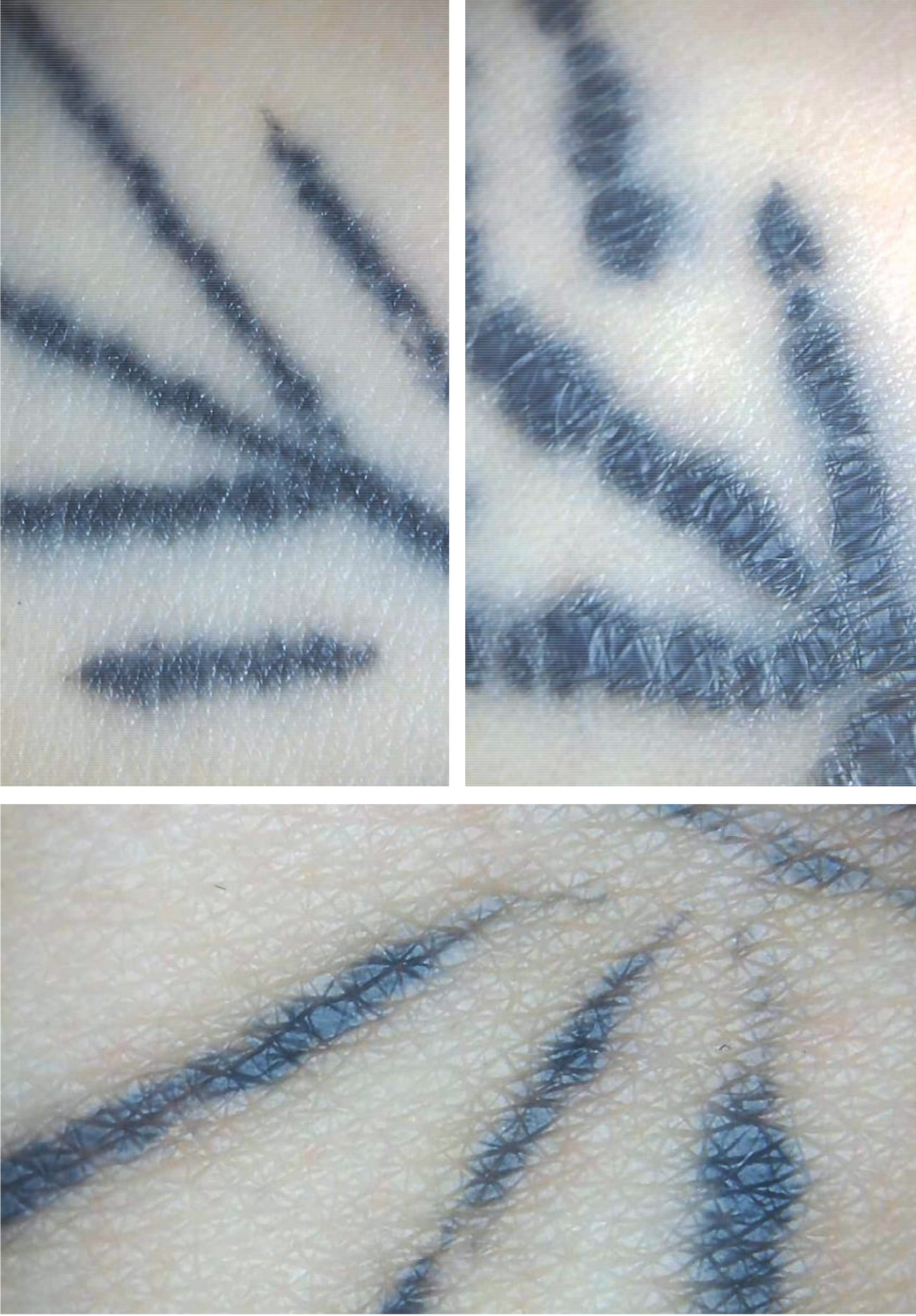