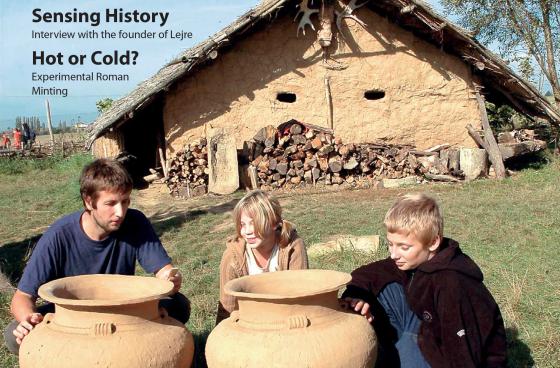 In Autumn 2006, EuroREA 3/2006 was published: a glossy magazine counting 100 pages. This 3rd volume was published with a circulation of 1,000 pieces and was a goodbye present of SEA: from this moment on, EuroREA is in the hands of EXARC itself. This was also first issue of EuroREA published on A4 size, we hope that this new format will be more satisfying, for sure the lay out is improved a lot.

We published a discussion on the future of experimental archaeology and an answer to the question, what re-enactment is for. An experiment done in the United States on Roman minting produced some nice results.  Delivered in the 1980s, a paper by John Coles and another by Peter Reynolds finally got published, still proving their value. A farewell was written to the French Archéodrome, example to many, but now closed. A controversial discussion was about reconstructing a sacrificial site at Eketorp in Sweden. Hans-Ole Hansen, founder of the Lejre Experimental Centre, now Land of Legends was interviewed.