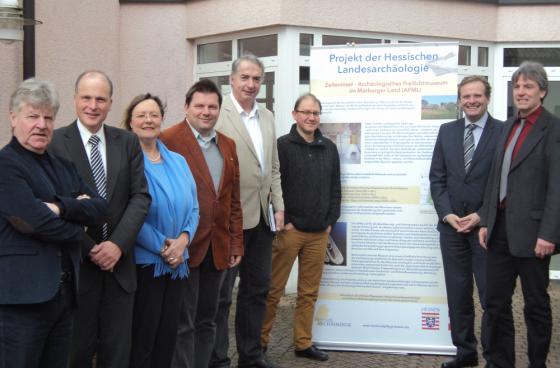 Near Marburg, Germany, soon a new archaeological open-air museum will open its doors, Zeiteninsel. The project is already member of EXARC for several years, visiting our conferences and asking several of our seniors for advice. Early February, the official Advisory Board was installed. Besides an official representation from EXARC, the group of advisors consists among others of several other EXARC members including Oerlinghausen, Haithabu and Saalburg. Together with several non-museum colleagues, this makes a strong group.

The Archaeological Centre at Hitzacker (AZH) is well established, it is the first Bronze Age Open-Air Museum of Germany. However, it has become too heavy for the local municipality to support the museum as they have done for a long time and a new structure is needed to financially support the AZH. EXARC had officially shared its concern with the Ministry as we think this is a too heavy responsibility for a small community like Hitzacker (5,000 souls). This resulted in a convention, late March, of a think tank with colleagues of the Ministry, University Hamburg and the museum world. EXARC was present as well.