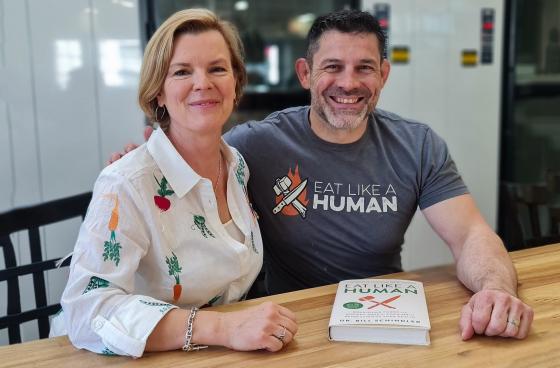 Our current Chair, Pascale Barnes, has combined her holidays to the United States to visit former EXARC Chair Bill Schindler (2016-2018) in his Modern Stone Age Kitchen and her successor Peter Inker at Colonial Williamsburg.

With his work, Bill wants to optimise our health and vitality by following our ancestors' dietary choices, processing, and cooking techniques. The question for his research is not "what would we be eating, but rather how?" Luckily, the recipes are transferable to modern day kitchens and tools and together with a dedicated staff, Pascale was able to expand her knowledge on how to eat like a human.

During her visit to Chestertown, Pascale was also able to catch up with EXARC member Prof. Dr. John Seidel and his wife, Liz, from Washington College. Former recipient of the Colonoal Williamsburg Foundation EXARC Fellowship in 2018, John spent his month working on his multi-faceted project to pursue artifact analysis and structured experiment trades, while also designing a long-term undergraduate programme to engage students and staff in multiple experiences and experiments over time. John will be retiring from teaching at Washington College in a few months, but plans to continue his involvement in archaeology, joining his wife in the Past is Present Initiative Archaeology Lab.

A few days later, Pascale visited board member and Vice-Chair of EXARC, Dr Peter Inker, at Colonial Williamsburg. Peter has been an active EXARC member since 2017 and is responsible for Virtual Williamsburg, the reconstruction of 18th century City of Williamsburg. This passion for digitalisation is part of his tasks for EXARC as well. Peter will take over as EXARC Chair from Pascale after the end of the AGM in May. 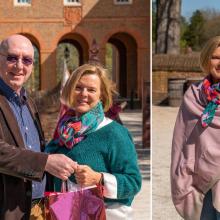 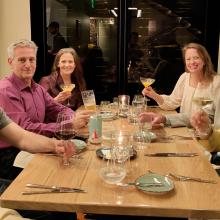