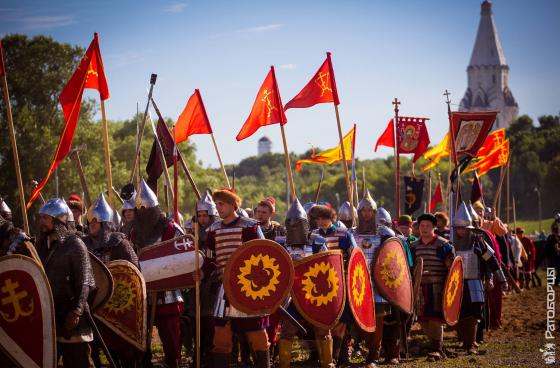 In the first two weeks of June, 6,000 reenactors from around the world will come together in Moscow, representing different eras from Antiquity to the 20th century. “Times & Epochs. The Gathering” is a real achievement exhibition of the world reenactment movement. Within the “Times & Epochs” there will be 5 park venues and 25 thematic city locations throughout Moscow.

Different epochs will be interwoven in the streets and parks in an integral historical performance. Muscovites and tourists will walk around the center from one era to another, go to the parks to see Catherine the Great’s cavalcade, legions fighting against barbarians, or the camp of the Russian Imperial Army.

EXARC will be represented again, showcasing the EXARC network (275 members in 40 countries) and our abilities in re-enactment and other fields, including experimental archaeology.

Come and meet us, and so many others, in Moscow!